Marseille is the oldest city in France, founded by the Greeks in 600 BC. Its privileged position on the Mediterranean has always made it a crossroads of peoples, where influences from even very distant cultures always manage to meet. Today we will take you to discover some of the things you absolutely must see in Marseille.

The Old Port district of Marseille has been inhabited for 2,600 years: the beating heart of the city, Vieux Port is home to sailing ships, fishermen, bars, theaters and above all it is one of the most authentic and characteristic neighborhoods in France.

Take a trip to Quai des Belges, the area where fishermen dock in Marseille and unload fresh fish early in the morning, and where of course you can go on various sea excursions. The Quai can be reached from La Canebière, a large avenue that crosses the entire city from the port and offers a fairly complete overview of the city. Archaeologists believe that the Church of San Lorenzo was built right on the site of the first Greek settlement. In fact, at the foot of the hill where the Church stands, an archaic Ionic capital was discovered which probably belonged to the Sanctuary of Apollo Delphinios. The location of San Lorenzo offers a wonderful view of the Vieux Port with its old and new buildings and an extraordinary view of the blue sea.

Saint-Laurent is perhaps the oldest Christian place of worship in Marseille and has survived to this day with some restorations over the centuries. The interior has three magnificent naves separated by square pillars that support transverse arches and reach the barrel vaults. 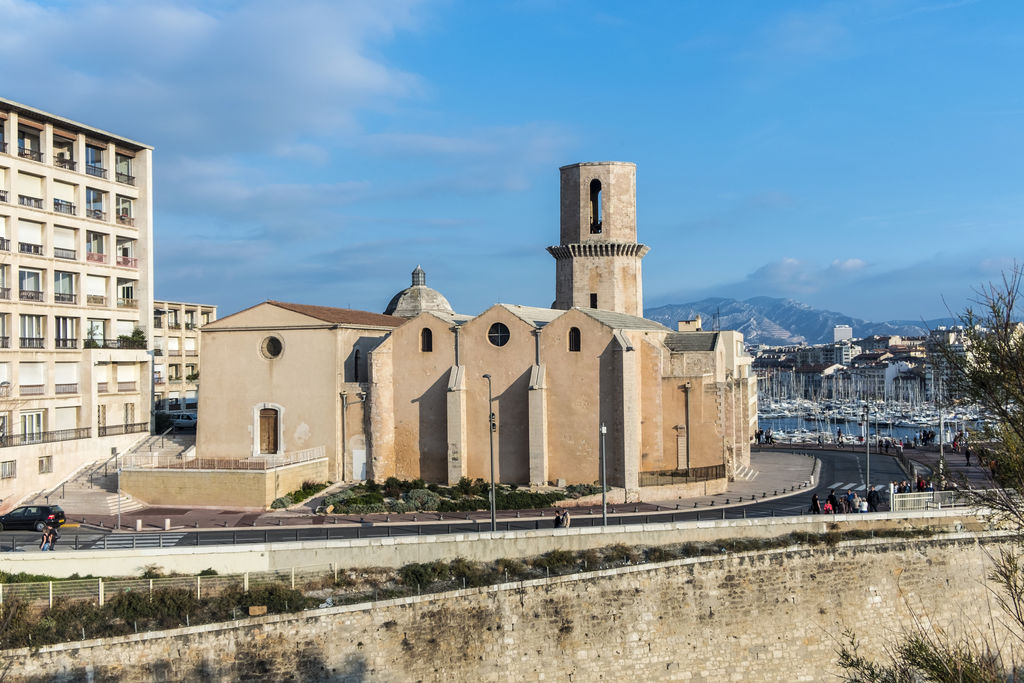 MuCEM, the Museum of European and Mediterranean Civilization, inaugurated in 2013, when Marseille was still the capital of culture, includes a 45,000 square meter exhibition right at the entrance to the Vieux Port.

The futuristic silhouette of the MuCEM was signed by architects Rudy Ricciotti and Roland Carta and stands on the J4 pier, near Villa Méditerranée. It is a concrete cube with a classic design, powder color, surmounted by a concrete veil decorated with lace, which allows you to see the sea even from the inside.

The museum is entirely dedicated to the cultures of the Mediterranean, a very important project where each exhibition offers an interdisciplinary look between anthropology, history, culture, archeology and modern art to show curious and interested tourists the souls of the cultures that have dialogued to give life to what we know today as Europe.

Behind the town hall of Marseille, you enter the historic city center known as Le Panier. The name is of uncertain origin, but it could derive from the ancient inn “Le Logis du Panier”.

It is an ancient and labyrinthine neighborhood, where the clothes hanging outside the windows hide the facades of the old buildings, the elderly stop at the side of the road, and the raids of children never stop. The area can be explored on foot and must be explored in its bizarre nature, alleys and streets. 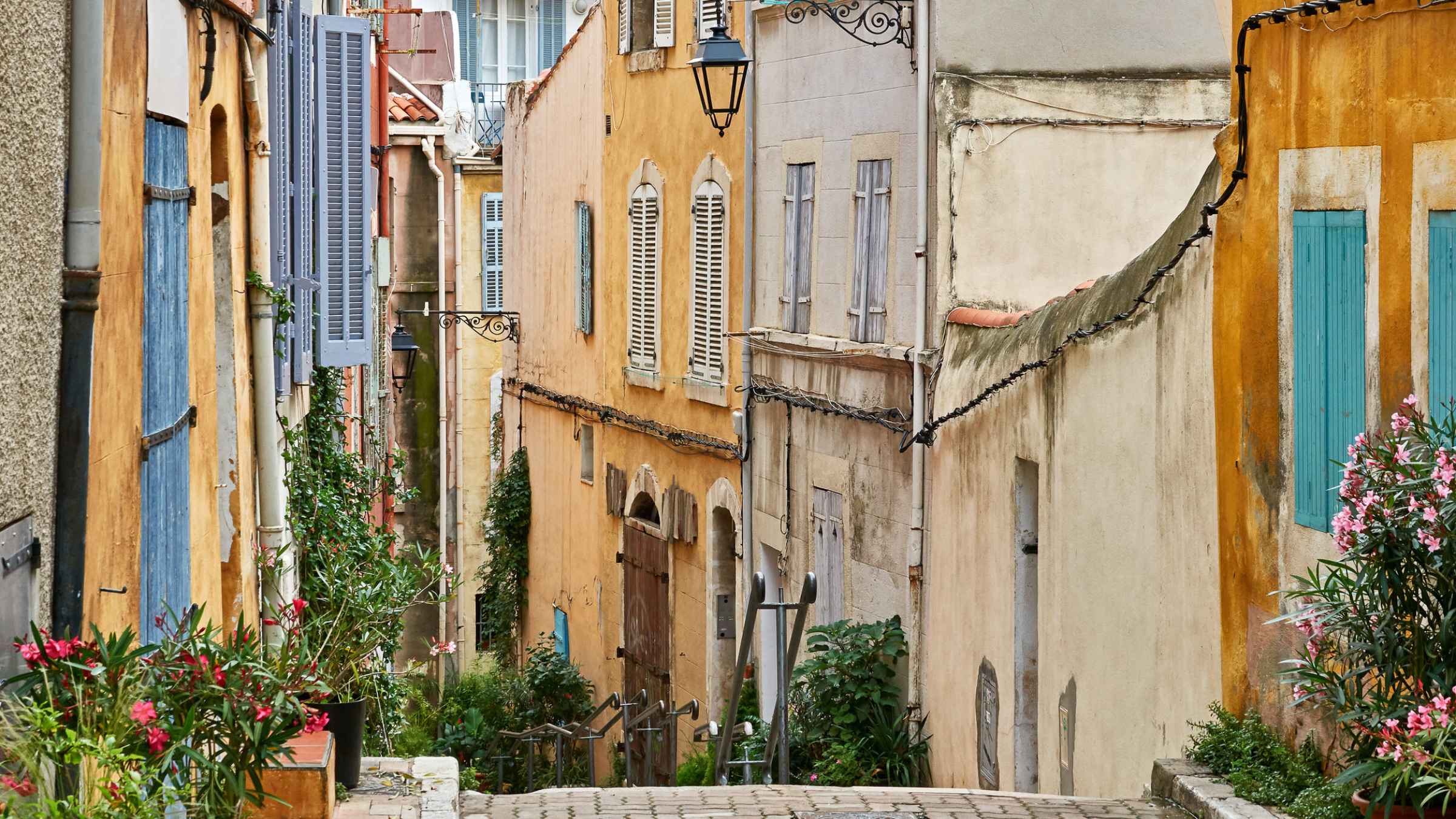 In the heart of the Le Panier district is the Vieille Charité, a perfectly restored old hospice. This very particular structure once housed the poor and dispossessed, and its reconstruction marked the pace of the restoration of the entire neighborhood in which it is located. The complex was built in 1640, when the City Council decided to create a common space dedicated to the poor of Marseille.

The construction, followed by Pierre Puget, the royal architect, gave rise to one of the most beautiful souls of Provence and one of the most impressive architectural ensembles in France. La Vieille Charité is made up of four buildings on 3 floors that overlook an internal courtyard with an Italian Baroque chapel in the center. 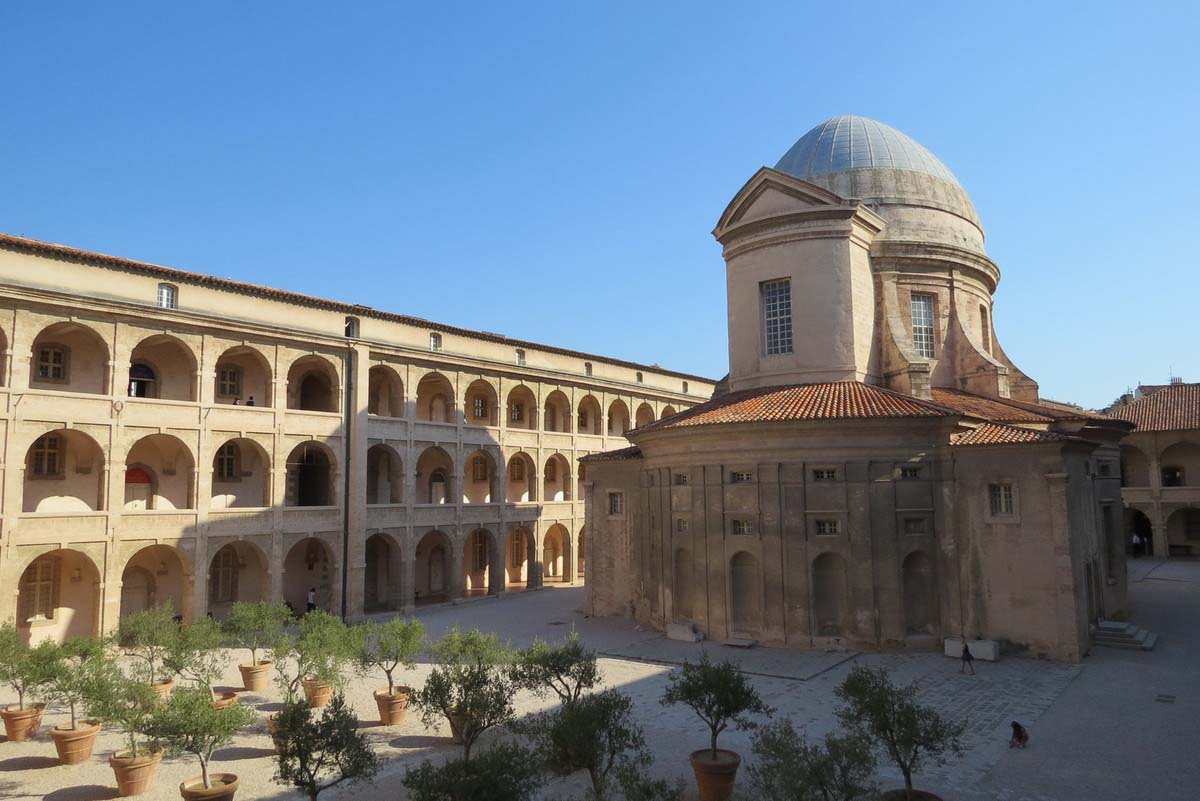