For at least twenty years, from the 1960s to the 1980s, Marbella was the Spanish queen of the international jet-set. Actors, directors, producers, but also sheikhs, diplomats and businessmen spent their summer holidays in this charming town on the Costa del Sol, about 60 kilometers from Malaga. Today we will take you to discover the best things to see in Marbella.

The road network of Casco Antiguo, made up of narrow and winding streets, is clearly affected by the long Arab domination. To counterbalance the Moorish imprint, however, there are Renaissance buildings built after the “Reconquest” of 1485. In particular those in the Plaza de los Naranjos, the political heart of Marbella.

Among the points that speak for Marbella there is also that it is a suitable place for a holiday with children. Not only for the pleasant climate, the historic center is easily reachable on foot or for the beaches (see point 8), but above all for the presence of the Parque Arroyo de la Represa, about one kilometer from the Grabado Museum, which we have just mentioned.

The park, built on the stream (“La Barbanica”) that ran through part of the city, offers an important opportunity to spend a day in contact with nature.

When it comes to Arab influences in Andalusia, one cannot only think of the great architectural traces of Granada and Cordoba. In the 1980s, in fact, the resorts of the Costa del Sol recorded a massive presence of tourists from the United Arab Emirates and the Persian Gulf.

A highly resourced tourist colony that has invested heavily in the Marbella real estate market, giving its own style to purchased villas, buildings and premises. A style that recovers the Arab-Andalusian cultural heritage, hybridizing it with contemporary European and original architecture. A mix of styles, the most advanced of which is the King Abdelaziz Mosque, about 5 kilometers west of Marbella.

At first there was talk of the “golden age” of Marbella, twenty years between the 60s and 80s, when the city became the Spanish capital of the international jet set. The village of Puerto Banus, about 6 kilometers from the city, is a symbol of this luxury drift. Built in 1970 by local entrepreneur Jose Banus, the village was designed by a Swiss-Russian architect with Arnold Schreck’s Mexican passport.

A very active designer between Beverly Hills and Acapulco, who manages to convey the same proposals of shapes and colors also on the Costa del Sol. The economic and social life of the city revolves around the homonymous marina, which has a capacity of almost 1000 seats boat for yachts and boats from all over the world. 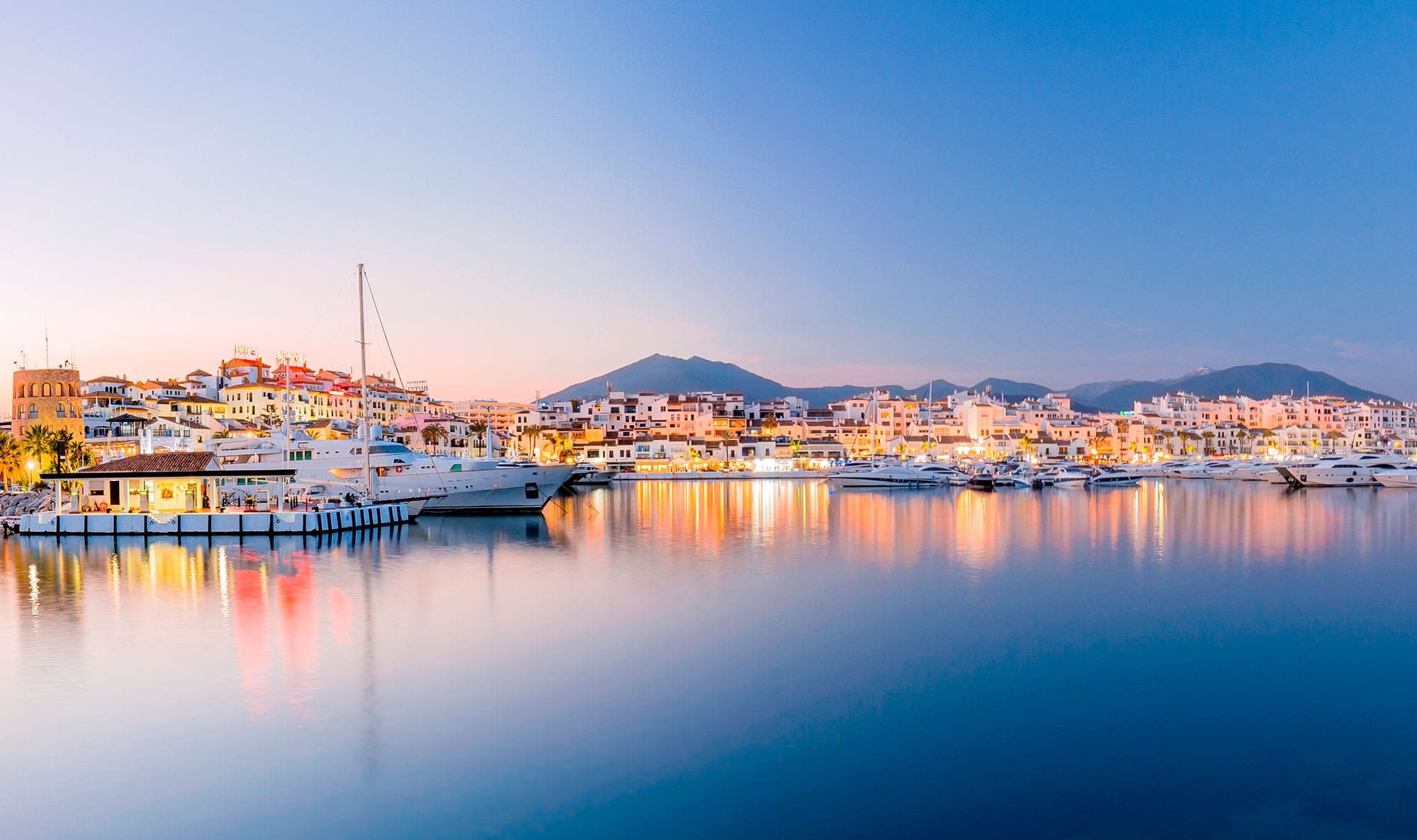 The beaches of Marbella

When writing about Marbella, it is impossible not to mention its beaches. There are more than twenty on just thirty kilometers of coastline and they are all excellent for cleanliness (seabed and beach) and services available. Starting with Playa de Puerto Banus, the place we have just talked about. A “show beach” frequented by wealthy people, where VIPs from the world of sport and entertainment often meet.

Behind Puerto Banus, west of Marbella, is Playa Nueva Andalucia, also known under the topos “El Duque”, and at the same time in the city center, so without the need to travel by car or public transport, Playa del Cable ( or “Bounty Beach”) and Playa de Rio Real, just five minutes away. These two beaches are in fact part of a larger stretch of sandy coastline known as “Los Monteros” which also includes Playa Realejo, Playa Cortijo Blanco, Playa El Ancon and so on.