Comacchio is a quiet lagoon city, in the middle of the Parco del Delta del Po and is considered a minor version of Venice, from which it takes up the canals and bridges, without the crowds of Piazza San Marco. The city rests its foundations on water and although technically the Po does not reach Comacchio, Comacchio is located within the Parco del Delta del Po area. Visiting Comacchio is like diving into the past and rediscovering the atmosphere of a nineteenth-century village where life flows at the ordered rhythm of the seasons. 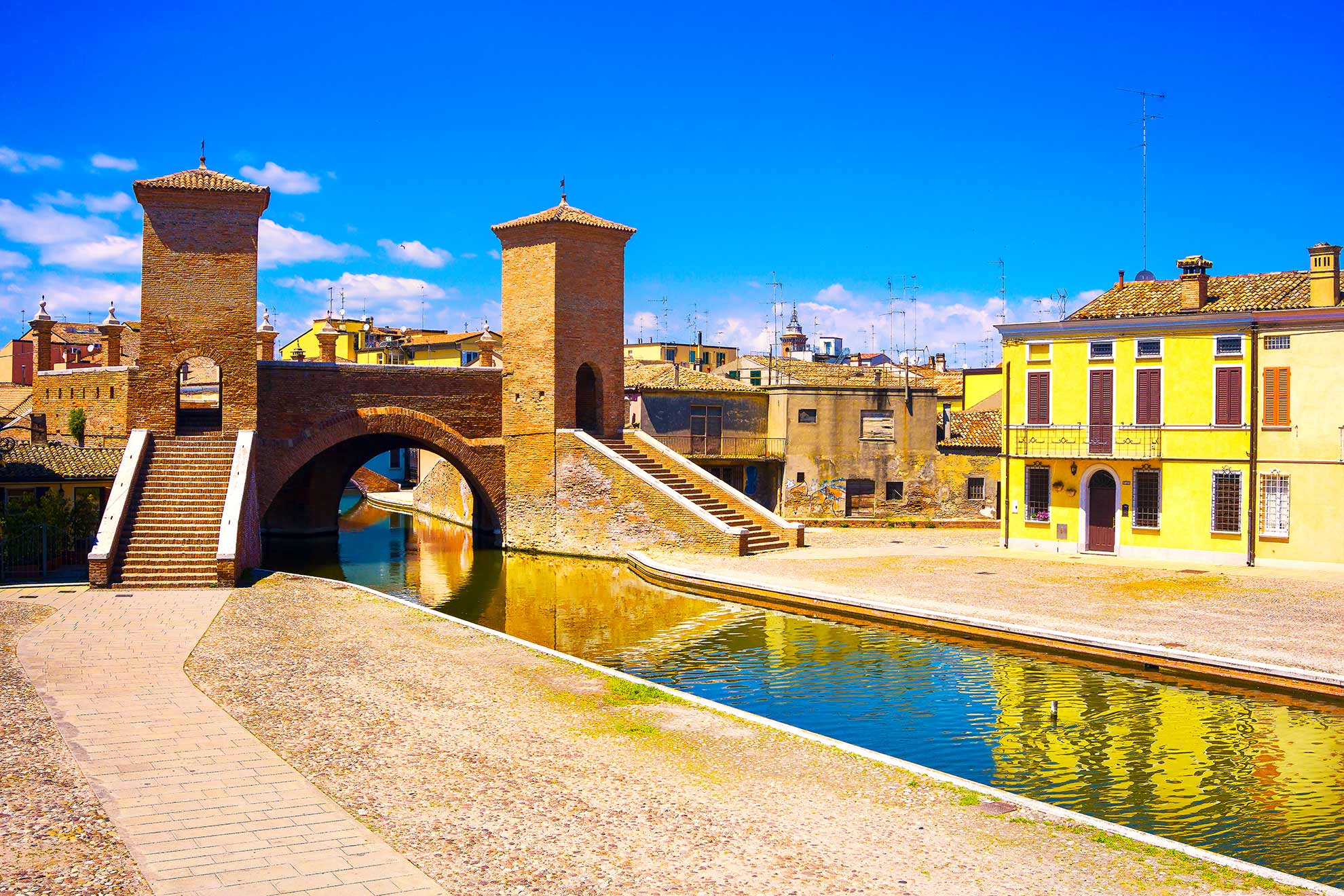 The city is known for eel fishing, an activity that it has exported all over the world making it a “Slow Food” presidium, even if with the constant decline in the catch, due to the excesses of the second half of the twentieth century, the activity is now somewhat declining

But Comacchio is not only fishing and nature, Comacchio also means sea and culture, especially after the recent discovery of an ancient Roman ship, found complete with its original cargo.

But what to do in Comacchio during the day?

You cannot say that you have been to Comacchio without having strolled along the Loggiato dei Cappuccini, having taken a bicycle or boat excursion in the Comacchio Valleys and above all without having eaten the eel.

The best time to visit Comacchio starts from April and reaches the middle of October. Spring is a great time for bike rides and to watch the birds come to the swamps for nesting. Obviously, pay attention to the inevitable rains and the wind that makes the air crisp. Also excellent in October, when the eel festival is celebrated in the first two weekends with tastings and street performances, Covid permitting. In summer, of course, in addition to the marshes, you can also relax on one of the beaches, lying in the sun on the beach, taking a swim or immersing yourself in reading under an umbrella.

To visit in the city, in addition to the famous Ponte Pallotta, which also acts as a gateway and unique of its kind, with the confluence of two canals, you cannot miss the Museo Delta Antico. Inside this recently completed and super-technological museum you can see the finds of the ancient city of Spina, but, above all, the finds of the Roman Ship. You can admire art objects, but also everyday utensils that can give you a glimpse of ​​how the population lived in Roman times.

Last, but not least, it is worth visiting the Marinated Manufacture, where canned eel is still produced today, an excellence of Comacchio and a Slow Food presidium. You can get there by walking through the Loggiato dei Cappuccini, a very suggestive gallery of columns, where, especially at sunset, you can also take splendid and suggestive photographs.

Come early in the season, if you want to buy canned eel, it sells like hot cakes.

Find more information in the Comacchio article, “Comacchio, what to see in a day between nature and culture” that you can easily translate with Google (because it is in Italian)