Tired of seeing only concrete? If you need a break from city life, there is nothing better than taking refuge in city parks, green areas where you can train, read, walk with your pet and organize picnics with friends. Today we will take you to discover some of the best parks around the world that you can visit with family and friends but also alone.

Park Güell in Barcelona has a unique charm that makes it a must see. The essence of Antoni Gaudí’s work is found in every corner of this park: you will find an infinity of architectural elements inspired by nature and its forms, such as the trencadís snake, the famous entrance salamander and the imposing “forest of columns “, and countless species of Mediterranean plants. If that’s not enough, you will enjoy a great view of the city.

An oasis in the middle of the English capital? It exists and is called Hyde Park. We know that there are several city parks in London, but if we have to choose one we choose Hyde Park: not only is it the largest in the city center, but it also has a long history as it was inaugurated as a public park in the 17th century.

There’s a boat rental, sun loungers, and the famous Speaker’s Corner, where eccentric characters give their speeches like a show on Sunday mornings.

Park Mont Royal Park in Montreal is beautiful all year round, so don’t forget to pack some comfortable shoes! In winter, this Quebec park is covered in snow throughout its 190 hectares and is peaceful; However, during the summer Mont Royal becomes a party, with countless events and activities to brighten the warm city nights.

Did you think Europe’s largest city park was in London? No, it’s Phoenix Park in Dublin! This is confirmed by 700 hectares. It dates back to the seventeenth century and was born as a shelter for deer, later it was renovated and opened as a public park.

Located on the outskirts of Dublin, it is still home to deer and other animal species, as well as the residence of the President of the Republic of Ireland and landmarks such as the Phoenix Column, which gave the park its name.

The most famous park in Bangkok is Lumpini Park, where you can escape from the chaos that characterizes the Thai capital. The only thing that can bother you in this space is the giant lizards that can be found but fear not, they are harmless! If, on the other hand, you have always wanted to try tai chi, you can do it here thanks to the free lessons organized daily in the park. 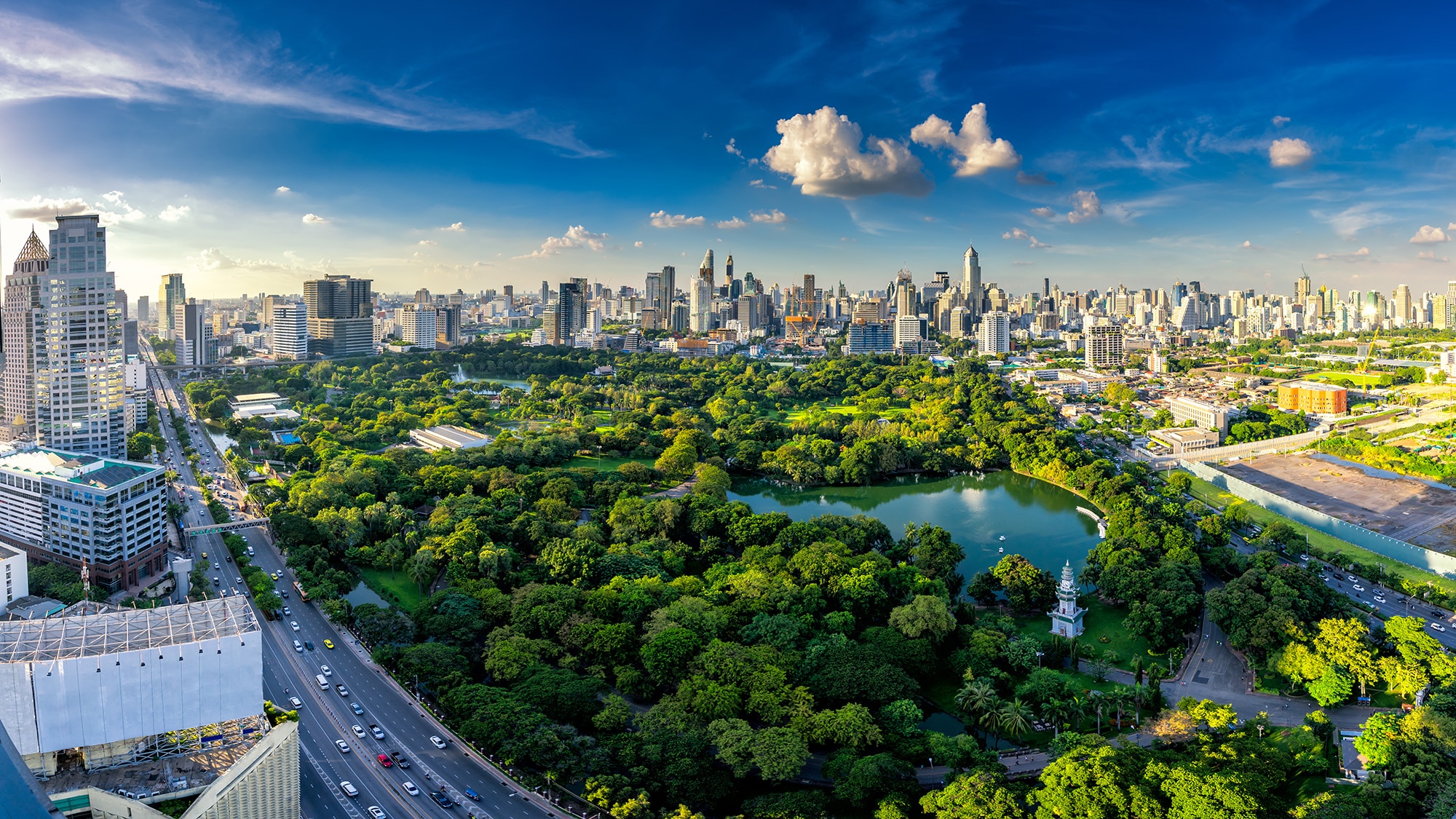 The best villas in Amalfi Coast