How to enjoy your luxury holiday to Tenerife

Imagine lying on a beach, cocktail in hand, feeling the warmth of the air on your
skin…sound good? If so, then Tenerife should be a candidate for your next holiday.
The island is part of the Canary Islands archipelago, and sits just off West Africa,
meaning that it benefits from warm year-round temperatures and a stunning display
of flora and fauna.

In addition, Tenerife is a popular yoga destination, with butter-soft beaches just waiting for you to relax on. Whether you choose to do your meditation in class or on the sand, it’s truly a place to unwind. Here, we take a look at how to make the most of your time in Tenerife to ensure you have a fully luxurious experience.

Nothing says luxury quite like a good spa, especially if the treatments are world-class. Luckily, Tenerife has plenty, wherever you choose to stay. If you have a car, why not pair a trip to a spa with seeing another part of the island?

Rated ‘Travellers’ Choice’ by Trip Advisor for 2021, Aqua Club Termal has more than 6000 square metres of facilities, meaning that you’ll never be out of options. The difficulty will surely be choosing between the 18 different areas, including the turkish bath, sauna, flotarium and toning pool.

For those who want to connect with the landscape around them through exercise, why not try one of the many yoga retreats or classes, some of which are available right on the beach or in private villas. Some studios also offer combined activities, such as a yoga and surfing retreat, to really get you to be present in your surroundings.

Luckily, Tenerife is well-versed in both delicious local delicacies and high-end restaurants. The island boasts no less than six Michelin stars, which is quite the feat for an island this size. There are plenty of excellent places to eat, including La Vieja, which focuses on the fresh seafood that Tenerife is famed for. On top of the delicious food, the restaurant is right on the water, meaning that you can relax and enjoy the views at the same time.

Wherever you go, make sure to try local delicacies such as papas arrugadas (boiled potatoes with a spicy sauce), parrotfish and octopus. The Canaries also produce plenty of wine, so choose a local variety, sit back, and enjoy. 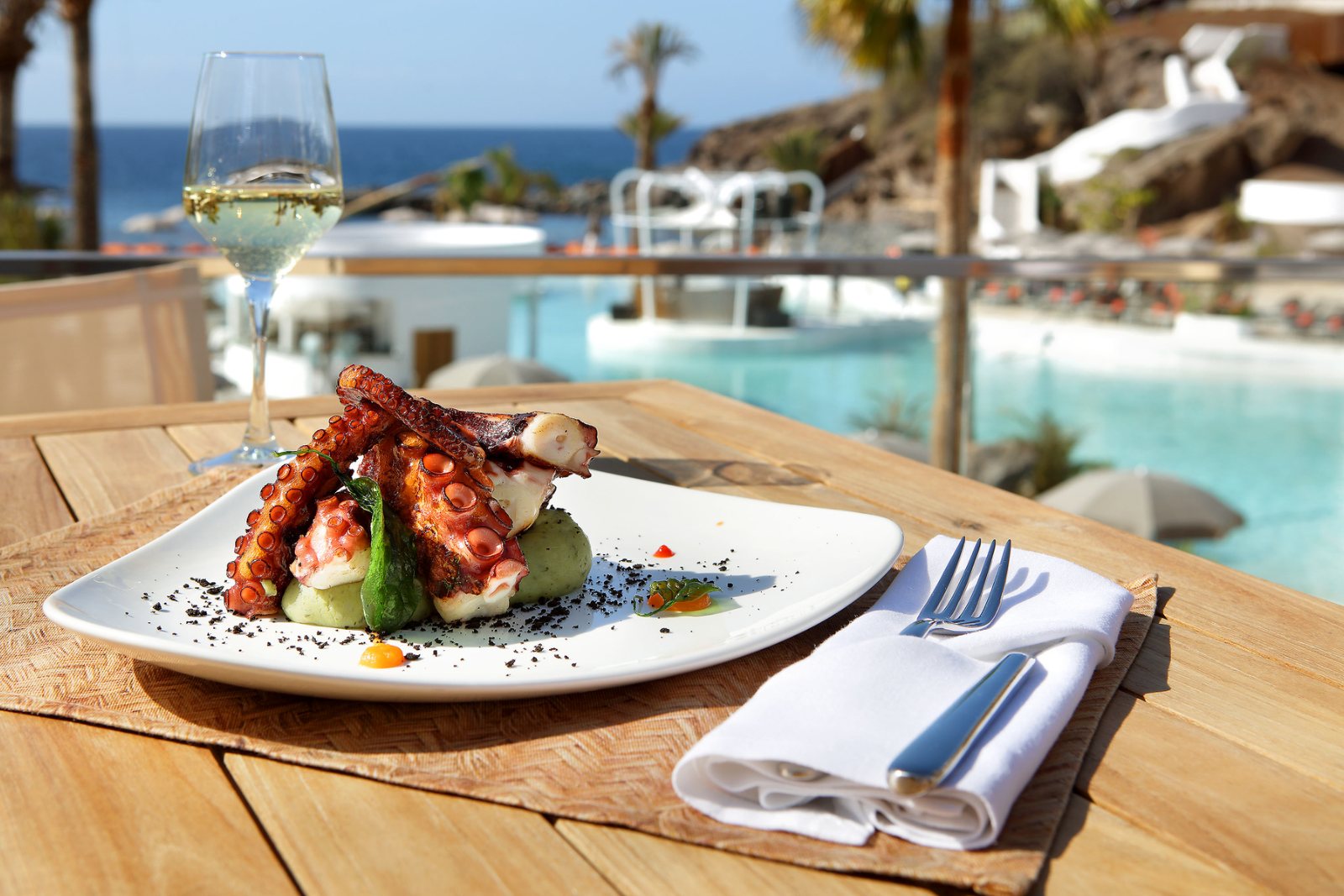 There are many beautiful beaches in Tenerife, with some featuring the black sand that is common due to the volcanic geography of the island.

If it’s a quiet haven, with golden sands and one of the largest natural bays on Tenerife that you’re looking for, then head to Playa de la Tejita. The beach is made more spectacular by Montaña Roja, the Red Mountain, rising up against the water. This is also a spot for those who want to tan without lines, too – Playa de la Tejita is Tenerife’s most popular nudist beach. If this isn’t your thing, then avoid the south-east end, and nestle into one of the many sun loungers placed along this 1km stretch of sand.