What to know if it’s your first time in Positano

From the green of the Lattari Mountains that crown it to the white, pink and yellow of its Mediterranean houses, the silver gray of the pebble beaches and, finally, the blue of its sea. A seductive place like the sirens who, according to the myth, lived on the rocks of Li Galli, the small islands facing Positano. One thing to look into are definitely the best restaurants in Positano which will be useful for you not to arrive at the last minute with your reservation, so it will make everything easier, but today we will talk about the things to know before going to Positano if it is your first time.

The history of Positano

Magnificent villas stood on the coast of Positano during the Roman period, as evidenced by the Roman domus, very similar to those of Pompeii, found under the church of Santa Maria Assunta, recently excavated and open to the public. The city of Positano is believed to have been founded in the 9th century around a Benedictine abbey, then expanded with the arrival of the inhabitants of Paestum, terrified by Saracen raids on the Amalfi coast.

When it was sacked by the Pisans in 1268, it changed its urban layout for defensive purposes, recalling Amalfi with its narrow streets, houses built on the rock, fortifications and watchtowers.

The little Pompeii of Positano

The best way to immerse yourself in the millennial history of Positano is to visit the Roman Archaeological Museum, recently opened on the site of a Roman residential villa discovered under the oratory of the Church of S. Maria Assunta, Piazza Flavio Gioia 7. The place where you can admire the valuable architectural and pictorial evidence of Positano’s Roman past is enriched by multimedia educational devices that make the visit even more interesting and rich.

How to get to Positano

There are no airports in Positano, so a direct flight is not an option. The closest airport is Naples, which is about an hour from Positano, depending on your means of transport.

The three means of transport that you can reach in Positano are the ferry, the train or the car. There are no direct ferries to Positano from Naples, so you’ll need to stay in Sorrento, a mid-priced option. Trains are the cheapest option and self-driving or hiring a private driver will be the most expensive.

The travel time for each mode of transport is different. Also, be sure to check what’s on offer to bring when you visit, different months have different offers. 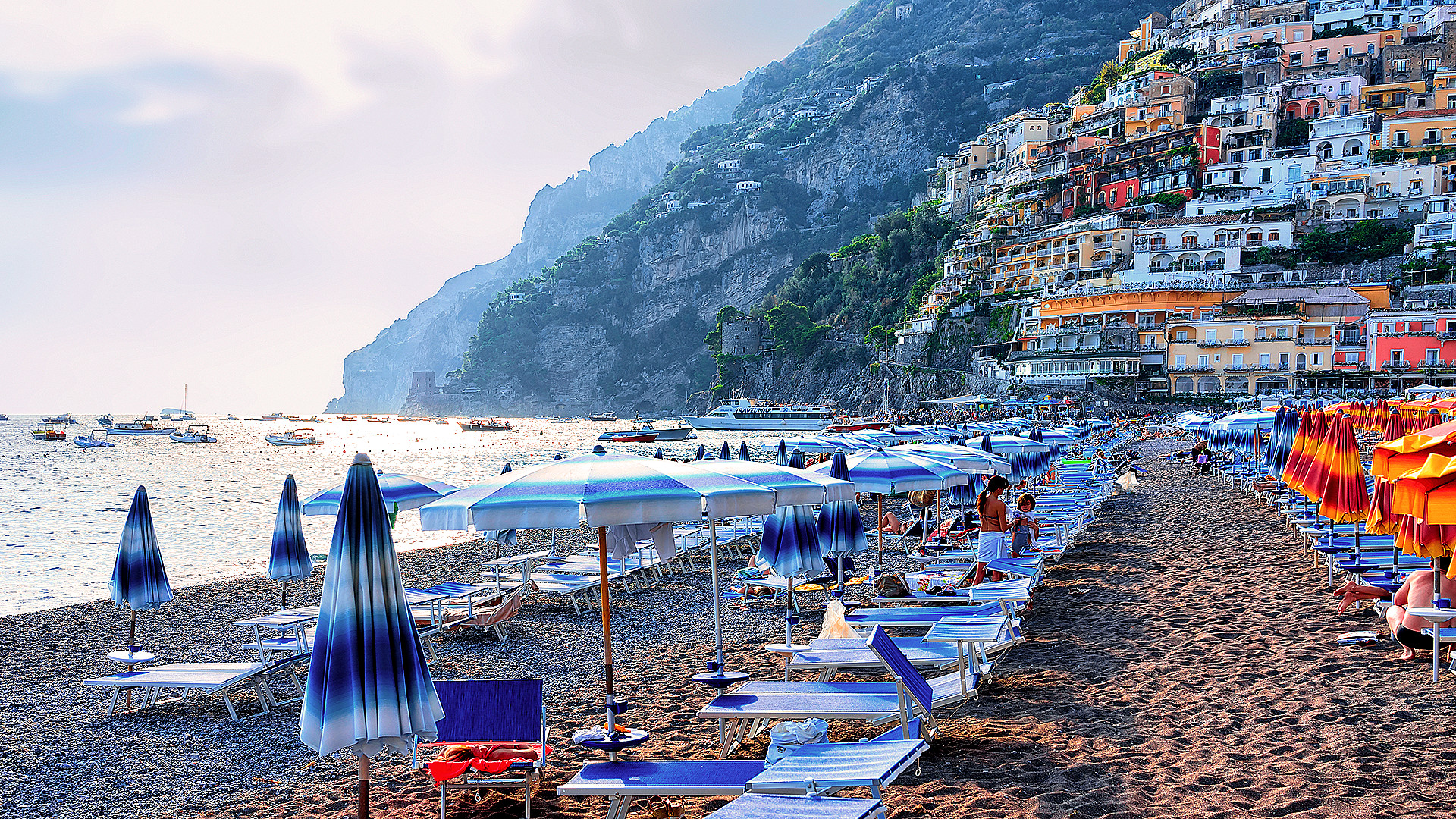 Getting around in Positano

Positano is a small village built into the side of a mountain, made up of cobbled streets and small alleys. As a result, the best way to get around is on foot!

You will definitely get a good workout as you explore Positano as you constantly walk up and down the stone steps to do all the things to do in Positano.