Egypt is a dream, it is a journey into the history and magic of Africa: the land of the pyramids – but also of Mount Sinai, and a dream sea – awaits you for a vacation, whether you are looking for relaxation or culture. Today we take you to discover the best things to see in Egypt.

Whenever Egypt is mentioned, the first thing one thinks of is certainly them, the three great pyramids of Cheops, Chefren and Menkaure, which rise behind the outskirts of Cairo. They are the only remaining of the Seven Wonders of the Ancient World and have continued to fascinate tourists from all over the world for more than 4000 years. Today we know that they are gigantic tombs built at the behest of the pharaohs, but how they managed to build them still remains a mystery. According to scholars, the pyramid shape refers to the cult of the sun; in fact the edges of the pyramids would represent the rays of the sun that spread over the earth and its structure would act as a ladder to reach the sky. The Sphinx of Giza, part of the funerary complex of Chefren, is placed on a stone platform positioned next to the processional ramp leading to the temple downstream of Chefren, which is the place where the deceased pharaoh was prepared for the afterlife. 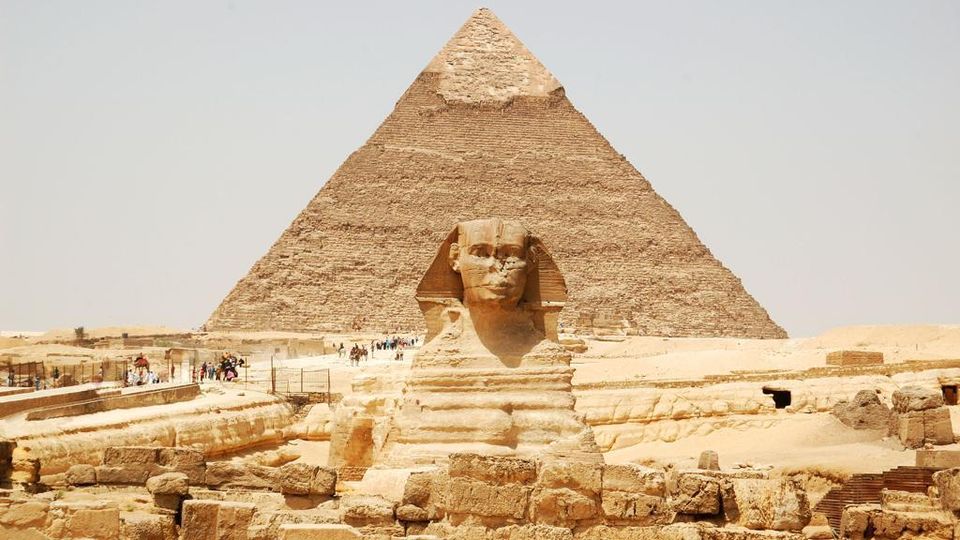 Whether you are a lover of archeology, or not in a particular way, you cannot miss a visit to the Egyptian Museum in Cairo which houses the most complete collection of archaeological finds from Ancient Egypt in the world. Located in the heart of Cairo, in the central area on the edge of Midan Tahrir, the Egyptian Museum Cairo is an unmissable stop on any type of visit to Cairo. Standing out for its unmistakable architecture, the characteristic pink color, the neoclassical style building was designed by the French architect Marcel Dourgnon and built by the Italians Giuseppe Garozzo and Francesco Zaffrani. Entering it is almost like taking a step in time, not only for the finds it contains, but also for the unique architecture and furnishings that characterize it. We recommend that you get to the museum early, as it gets very busy around lunchtime. It is located in the central square of Cairo, Midan et-Tahrir, so you will have no problem finding it, if only for the specific red color of its centuries-old building.

The pharaohs of the New Kingdom were buried in an arid rocky valley dominated by a pyramid-shaped mountain, called “La Cima”: the entrance to the underground tombs of the Valley of the Kings is now marked by an access corridor on the side of the hills. There are numerous tombs around the tomb of Tutankhamun, all richly decorated, but they cannot be visited, some are partly sunk, such as that of Ramses II, or awaiting restoration, such as the splendid burial chamber of Seti I. The Valley of the Kings and the Valley of the Queens are located near Luxor and represent the enormous royal necropolis of ancient Thebes. Nefertari was considered the Great Royal Bride, as well as one of the most famous queens in all of Egypt. His tomb was discovered by the Egyptologist Ernesto Schiapparelli in 1904. The tomb, being extremely rich, had already been looted … In fact, no mummy was found, but only the pieces of the lid of the granite sarcophagus and some fragments of the covered wooden sarcophagus with gold leaf. 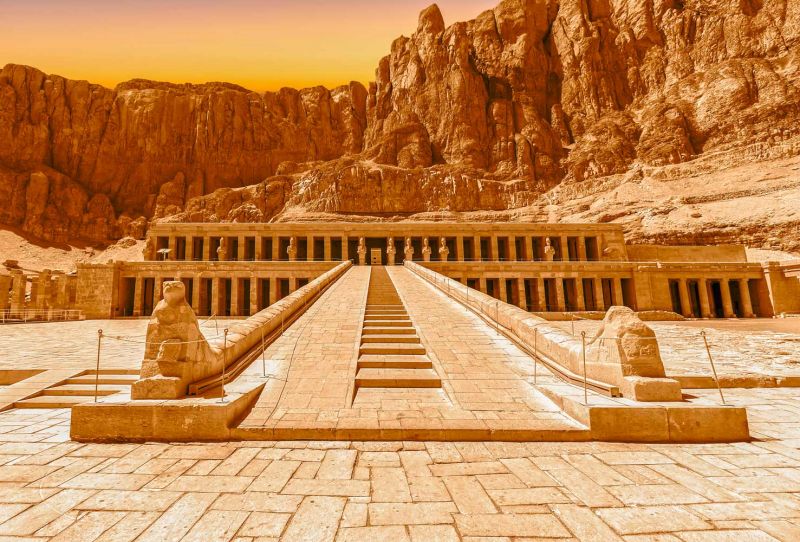 In Victorian times, a Nile cruise was the only way to see the most iconic attractions of ancient Egypt. Thought alone evokes romantic images of days spent in luxury, drifting by the current towards the magnificent temples of the ancient pharaohs. There are different ways to visit Egypt, but the Nile cruise is undoubtedly the most beautiful and romantic way to do it and, according to many, it is also one of the most beautiful trips you can take in life. The Nile crosses the country from south to north and only by crossing its waters can its beauty and importance be fully appreciated. Traditionally a Nile cruise is considered the centerpiece of a trip to Egypt but unlike in the past, the options are many more: from extra-luxury cruises with swimming pool to cheaper ones up to the most adventurous felucca cruises, without comfort, but at a lower price and with that pinch of adventure and the feeling of being catapulted into ancient times that no longer exist.

In 27 BC an earthquake caused the partial destruction of one of the Colossi: the upper part collapsed, while the lower one reported only cracks, following this event the peculiar music began to be heard, it came from the lower half of the statue. It is believed that this sound was caused by the contact of air currents with the porous surface of the stones heated by sunlight.The sound determined the name of the statues, as it led the Greeks to believe that these represented the immortal Memnon, in fact the statues represent Amenhotep III, ruler who reigned in Egypt about 3,400 years ago and his wife, Tiye. The statues presided over the entrance to a large temple complex that was believed could rival Karnak in size. The Colossi of Memnon are what remains of one of the largest Egyptian temples: the funerary complex erected by Amenhotep III in Thebes. Each made from a single block of marble, the colossus are 18 meters high and were already famous in ancient times when, due to their progressive deterioration, a noise spread from one of them. 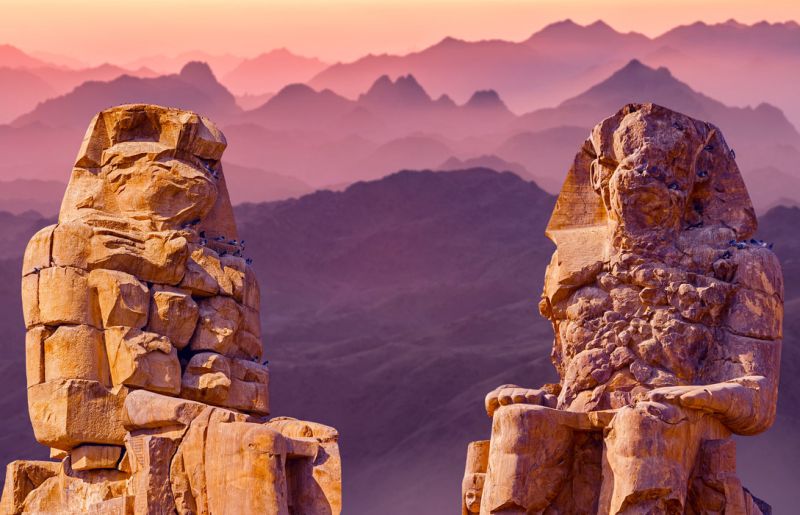