What to see in St. Barts

Saint Barthélemy, or Collectivité de Saint-Barthélemy and often abbreviated to Saint Barts, is a Caribbean island located south-west of Saint Eustatius and south-east of Saint Martin and is part of the Antilles Archipelago flying the French flag . This delicate and precious jewel of the island seems far from the hustle and bustle of the big cities: being able to live life at the rhythm of nature is one of the most precious assets of St. Barth. Swim with turtles, snorkel off the cliffs, ride the turquoise waves, put the yacht at anchor and enjoy some delicious food.

Gustavia, the capital of St. Barthelémy, with its colorful wooden houses with red roofs that hang over the hills, is a very beautiful city. Its streets exude the authenticity of the French Caribbean in the tropics, and the port is home to the most beautiful yachts in the world. Port De Gustavia, one of the most exclusive marinas, is located in Gustavia, the capital of the French island of Saint Barthelemy, Port De Gustavia is a complete service center. Saint Barthelemy, St. Barts is an arid and volcanic rock with an area of ​​20 km2 that has become a Caribbean destination for the rich and famous. The capital of Gustavia is built on a horseshoe-shaped peninsula, around a small sheltered harbor flanked by ruined fortresses. The city has a distinctive appearance thanks to the bright red roofs of the houses. Gustavia’s charm lies in its architecture, from traces of the Swedish era to various colonial-style houses, some painted in vibrant Caribbean colors.Not only is Saint Jean centrally located, it also has the second largest shopping area in the city. island, as well as beautiful villas, hotels and excellent restaurants. From Saint Jean you can go to Lorient, where you can enjoy a beautiful view of the ocean and the enchanting mountain landscape of the island. 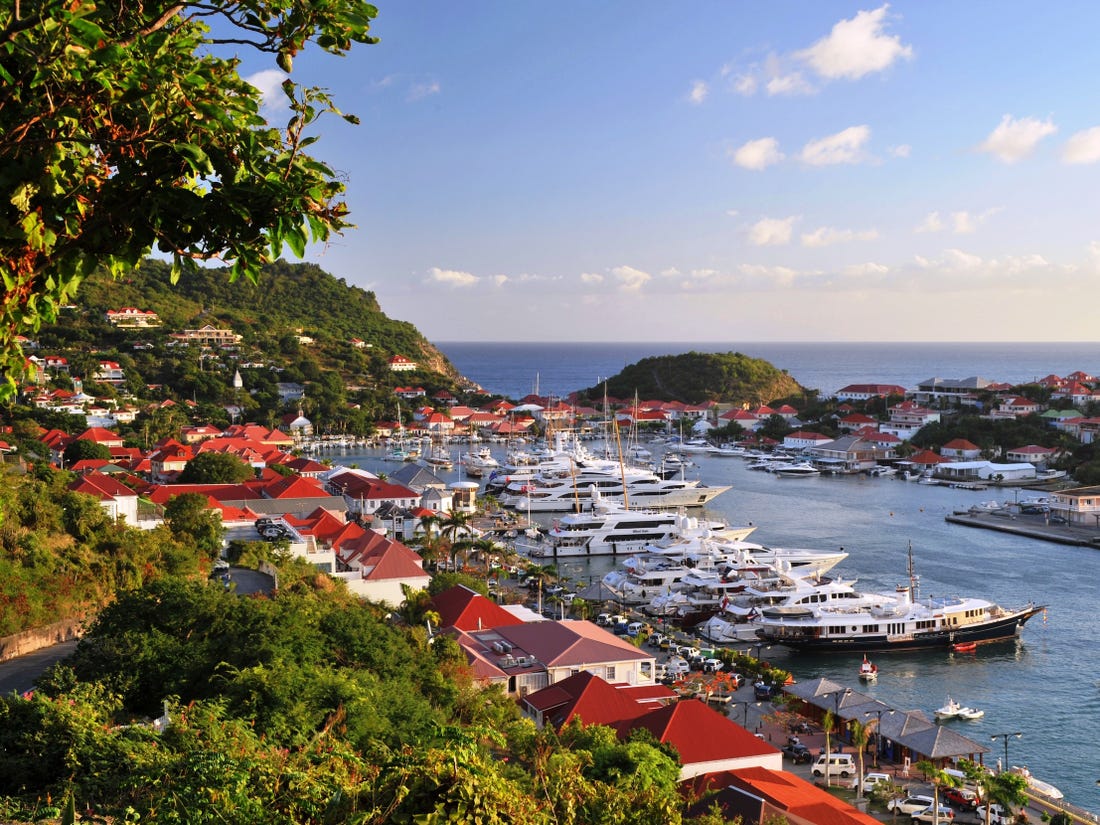 Thanks to its turquoise and crystal clear waters (perfect for snorkeling), Colombier beach offers one of the best views of Saint-Barth. It can only be reached by boat or on foot from the Petite Anse or Colombier trails. The beautiful beach – accessible only on foot or by boat – is classified as a natural marine reserve. A wild and unspoiled place to swim with fish in crystal clear turquoise waters, whether you’re snorkeling, learning to dive, or just trying to escape the crowds for the afternoon. Colombier is one of the hardest to reach beaches on the island, but it’s worth it! unspoiled, quiet and isolated with a minimum number of visitors. It once stood on the grounds of the huge Rockefeller estate, now open to the public and arguably the best beach on the island. As your adrenaline rises again, you throw yourself into spectacular crystal clear waters. Cool off as you are greeted by a rich selection of fish, starfish and sea turtles, then take refuge in the shade of large palm trees as you travel in pure bliss.

Divided in two by the ultra-luxurious Eden Rock Hotel, St. Jean is a place worth seeing and being seen. You’ll find yourself in good company between the bright blue water and the occasionally famous face. Thanks to its proximity to Gustaf III Airport, bathers can sit back and enjoy the exciting view of the planes taking off and landing. On the other side is Nikki Beach, a beach club where champagne flows and dances on the tables is the norm. Plus, the water here is calm enough for windsurfing, snorkeling, and paddleboarding, but when you need a break, there are several nearby finger bars and boutiques. After Gustavia, the Saint-Jean district of the island is the most popular. Eden Rock Hotel is located near the ocean and the beach offers an incredible show of planes taking off and landing on the floats below.

Built in 1787 by the Swedes as one of the three forts to protect the harbor, this place today retains the remains of a dark bottle-shaped lighthouse along with the remains of a stone guardhouse, cisterns and four cannons, two of which are in loan. from the Swedish Maritime Museum. However, the main reason for the trek is the panoramic view of Gustavia and the harbor. The scoreboard displays local attractions and landmarks.Built in the early 18th century by former Swedish masters, St. Barta, this historic fortress complex not only offers a glimpse into the island’s colonial past, but also some of the harbor’s most breathtaking views by Gustavia. Today, the place is recognizable by its towering whitewashed lighthouse and the red tip that stands in the center. However, interesting remnants of the citadel’s former glory still exist, from a dilapidated oven to old cannon-encrusted ramparts. Visitors can stand at the top and look at the places where pirate ships and marine frigates once fought in the seas.