Top things to do and see in Switzerland

Beyond to the chalets, there are many things to do in Switzerland. The valleys, lakes, alpine peaks and unspoiled nature. There are also some of the most beautiful cities and villages in Europe. Switzerland is a fabulous destination both in winter, thanks to the abundance of snow, and in summer thanks to the thousands of kilometers of hiking trails that cross the country.

Bern is the capital of Switzerland, and its historic center is declared a World Heritage Site by UNESCO. Good place to start your tourist experience. Bern is called the “City of Fountains”, because he has more than 100 fountains that are located on the streets and squares of the city decorated with historical figures and statues dating from the 16th century. In the city center, you can find many bars and restaurants where you can stop and taste traditional Swiss cuisine! No other city has been able to preserve its historical character as well as Bern. The largest collection of works by the painter Paul Klee is kept in the Paul Klee Center. Albert Einstein’s house testifies to the physicist’s stay in Bern at the beginning of the 20th century. 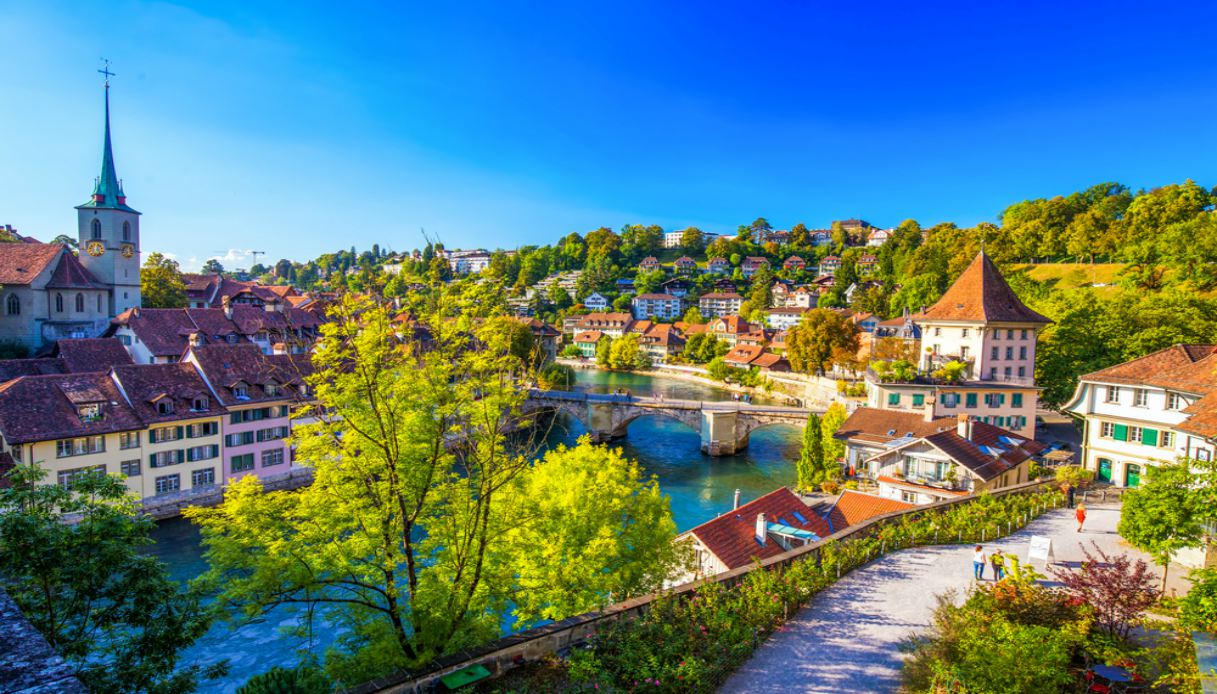 Take a ride in the Bernina Express

Known all over the world, the “Bernina train” connects the Italian terminus, Tirano, to the renowned Swiss resort of Engadine. The red train, nicknamed by the flaming color of its wagons, is a jewel that belongs to the Rhaetian Railway. Since 2008 it has become a UNESCO World Heritage Site. Do you want to be enchanted by the fabulous landscapes of the Swiss Alps ? Then take a nice ride on this fantastic train. The route is known as the highest transalpine railway in Europe and leads 145 kilometers through 55 tunnels and over 196 dizzying bridges. Passengers travel in air-conditioned carriages, enjoying the enormous freedom of movement and the 360 ​​° view of the wonders of nature.

Have a look at Ginevra

Located on the shores of enchanting Lake Geneva at the foot of the majestic Swiss Alps, Geneva presents itself as one of the most fascinating European cities. The “Jet d’eau” is the most famous monument in the city and also the tallest fountain in the world. The historic center of Geneva is literally a stroll through the city’s rich past. With the imposing St. Peter’s cathedral and the characteristic cobbled streets, the center of Geneva looks like a treasure chest full of secrets. Geneva is the most international city in Switzerland, because the European headquarters of the United Nations is located here. The International Red Cross also organizes its humanitarian actions from here. Geneva, in addition to hosting important conferences, is also a renowned center for culture and history, for fairs and exhibitions.

Take a photo in Matterhorn

The Matterhorn became world famous, a destination for ambitious climbers. At the foot of the most traveled route are the Hörnli refuge, the Matterhorn base camp. Even today the climbing of the Matterhorn is very demanding and only expert climbers, equipped with good equipment and with a competent guide, can do it. The small Matterhorn, is the second peak of the mountain and can be reached with the cable car that leads to Trockenen Steg and the cable car dug into the rock wall. For all those who love nature, the Matterhorn mountain is definitely the place not to be missed. This pyramid is one of the most photographed mountains in the world and the most famous peak in the Alps.

Take a walk in Montreux

Between lake, mountains and vineyards, Montreux looks like a postcard landscape. An authentic corner of paradise. A few minutes from the shores, on the heights, an alternation of forests and grasslands urges walkers to walk the hiking trails, to contemplate the flowering of wild daffodils. In Montreux, the beautiful days are an opportunity to discover a region with multiple facets. From the terraced vineyards of Lavaux to the shores of Villeneuve, Montreux or Vevey, from hiking trails to the most popular festival stages, the atmosphere that reigns has a sweet life flavor. In winter on the peaks of Rochers-de-Naye or Pléiades, with snowshoes or skis on your feet, or on a sunny terrace, Montreux combines winter joys, lake views and excellent addresses for warming up around a typical dish. 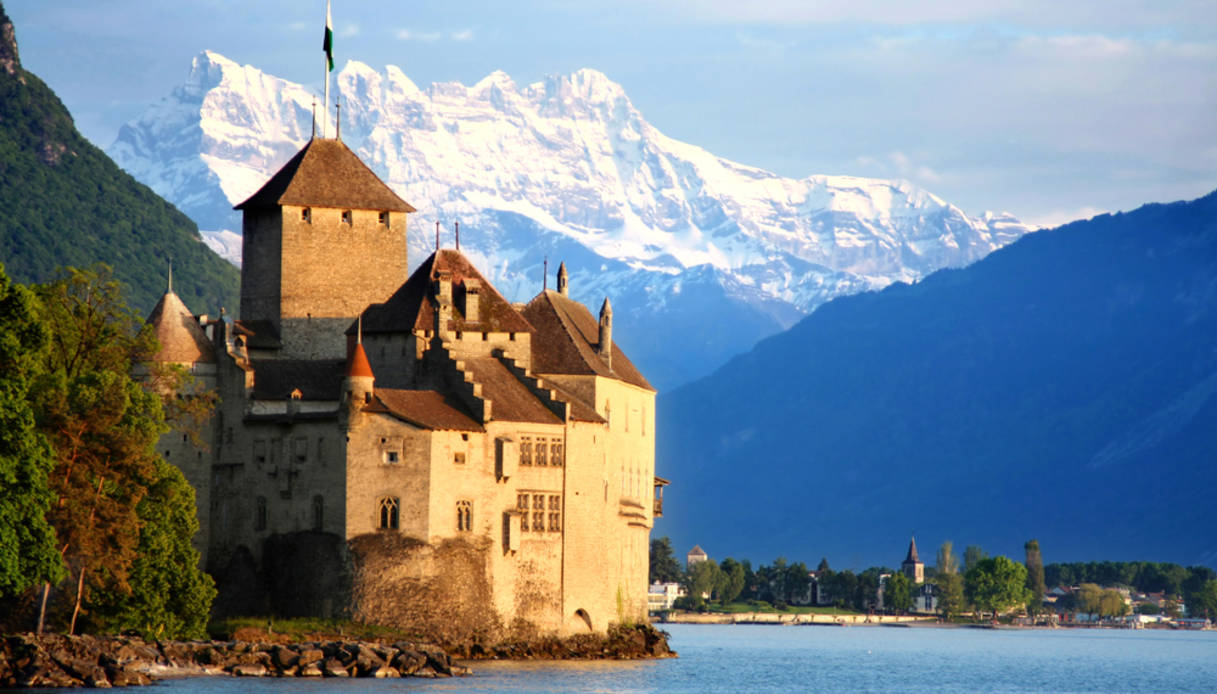 Zurich is the largest and most populated city, with a metropolitan area of ​​almost 2 million habitants. It is rich in religious architecture, including the Grossmunster, the ancient cathedral and undisputed symbol of the city, which overlooks the Limmat river, with the two iconic Gothic towers, the Fraumunster, a Gothic church of Carolingian origin, and the church of San Pietro, the oldest medieval parish in the city. A modern city with a long history, it boasts both sparkling skyscrapers and picturesque old world streets. Sitting near Lake Zurich and with the Limmat River running through the city, there are also many opportunities for outdoor activities when visiting Zurich. Furthermore, the wonderful Swiss Alps are a short distance away.

Incredibly large, incredibly beautiful: the Great Aletsch Glacier is the most impressive ice river in the Alps. It is also the most popular, because it is easily accessible and in an excellent position for long-range excursions, winter sports and particular excursions in Nature. . The Aletsch region is a UNESCO World Heritage Site. Not only because the “Great Aletsch Glacier”, with its incredible 11 billion tons of ice, is the largest in the Alps. The ice masses extend from the northern slopes of Eiger, Mönch and Jungfrau to the main valley of the Valais, while the waters flow through the wild Gola della Massa and flow into the Rhone. The whole region represents the habitat of many species of rare fauna and flora, in particular in the Aletsch Forest, in whose vicinity there is also the Pro Natura Nature Conservation Center. 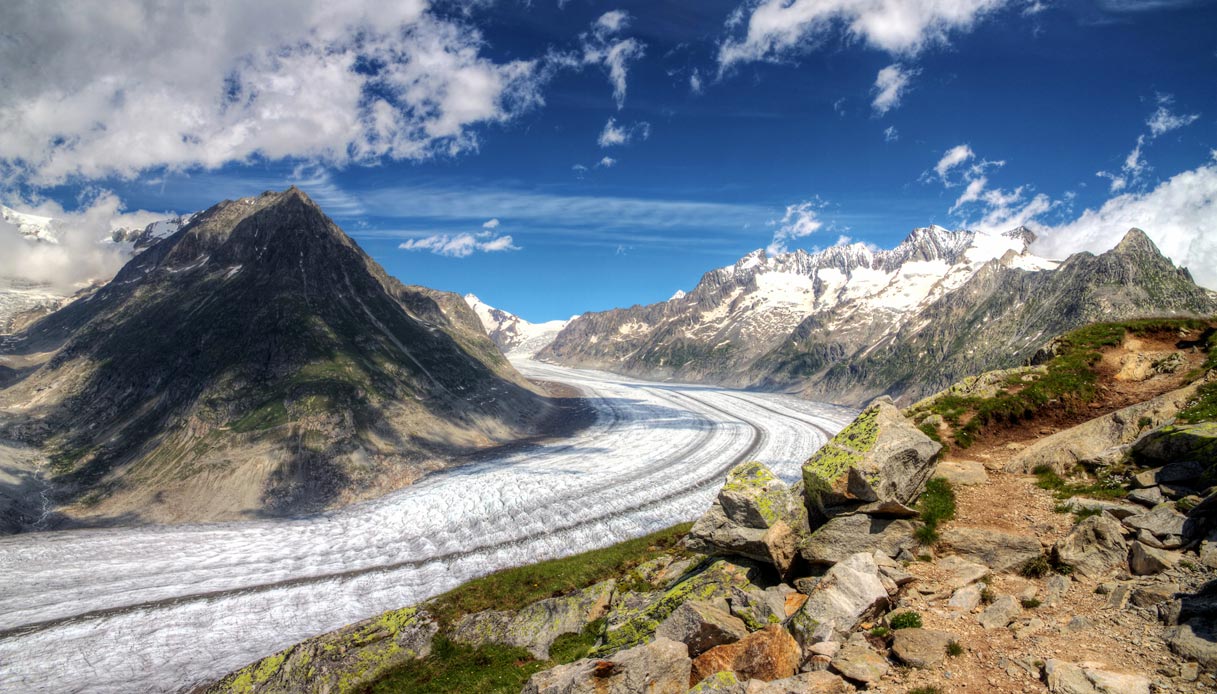 Interlaken is a fantastic place to see the best of Central Switzerland’s magnificent landscapes while enjoying the comforts of an elegant lakeside resort. Tourist attractions are all around, with boat trips on the lakes of Thun and Brienz on the sides of the city and an exciting train and funicular rides to the spectacular surrounding peaks. Interlaken is one of the oldest, best known and most popular summer vacation resorts in Switzerland. Day or night, you will find many things to do in and around Interlaken. Along with the almost infinite variety of walks, climbs and outdoor excursions, there are many other sports available for active travelers. The views over Interlaken and both lakes from the Harder are spectacular.

Davos, in Switzerland, is a real playground for athletes and alpinists. Nestled in the Swiss Alps, this otherwise sleepy municipality offers some of nature’s best skiing and snowboarding activities, as well as numerous scenic activities during the warmer months. Take the Schatz funicular over the mountains to explore the Alpine Botanical Gardens. From this point not only are there wonderful views and excursions, but the gardens are also home to a fascinating variety of flora and fauna and even a beautiful waterfall. Davos is world famous for its slopes and a ski resort par excellence. Hosting over 200 miles of terrain and six main slopes, you’ll find some of the most popular ski resorts on the planet in Davos and the nearby Klosters community. 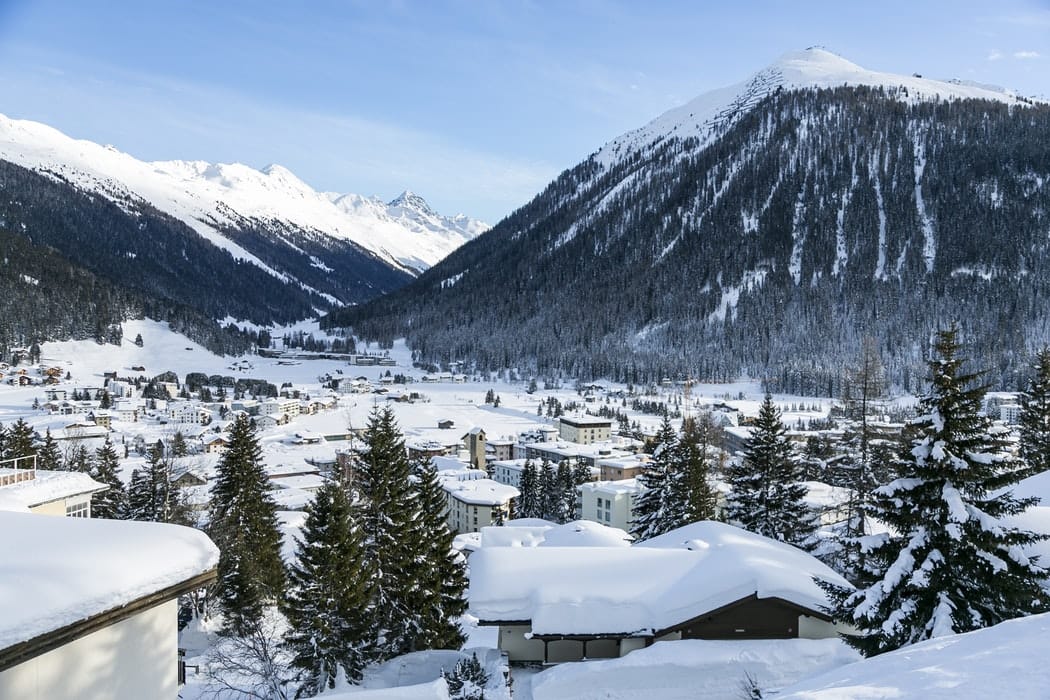 Discover the city of Lugano

The largest city in the Ticino holiday region, in addition to being the third financial center and an important congress, banking and business center in Switzerland, it is also the city of parks and flower gardens, villas and buildings Religious. Lugano is located in a bay on the north shore of Lake Lugano, surrounded by various panoramic peaks. The historical and pedestrian center of the city, with its numerous Lombard-style buildings and its exclusive museums, the mountains, the lake and a busy calendar of events and manifestations constitute an attractive set for visits, both for those who love the activity, both for those who prefer relaxation. The squares and arches of the Mediterranean charm of the city center, as well as the numerous parks rich in subtropical plants, such as the Civic Park on the shores of the lake, invite the visitor to do nothing.

If you are interested click on this link to see some of the most beautiful chalets http://www.travelluxuryvillas.com/top-schalets-in-switzerland/