4 Top Things To Do in Ibiza

Ibiza is known all over the world to be the island of entertainment, discos and miles of beaches. In fact, Ibiza also has other aspects that often young people who are lost in the crowd of world-class discos cannot see. It is no coincidence that in 1999 the White Isle was declared a UNESCO World Heritage Site by the exceptional cultural and natural wealth of many of its sites:

The Phoenician Remains of Sa Caleta, the Fortified City of Dalt Vila, the Natural Reserve of ses Salines, and the Punic necropolis of Puig des Molins. Moreover, an island that in the past was dominated by Phoenicians, Carthaginians, Vandals, Romans, Byzantines, Visigoths, Muslims and Catalans, how could it not be very interesting from a cultural point of view as well? In Ibiza the cultures and traditions of different civilizations have been integrated and merged with one another, making the island, originally poor and resource-free, a true source of wealth. Its transgressive side is obviously not to be overlooked because every year it attracts millions of tourists ready to attend the most irreverent nightclubs in Europe. There are those who prefer to live Ibiza in the daytime, dive in its cozy atmosphere, browse through its markets and bathe in its crystal clear waters, and those who love to live it at night, around its fashionable venues. Please find below the 4 Top Things To Do in the following unique places in Ibiza:

Sant Antoni is a natural bay that is only 20 minutes away from Ibiza town, with which it is very well connected, where you can dive in the transparent water and frequent fashionable nightclubs. Sant Antoni is a place full of beaches and coves located in the most unmistakable places, between oaky rocks or pine forests, where the water is so calm and clear that diving is very practiced. June and September are the months when the bay is frequented by couples and families looking for relaxation and tranquility, while in August Italian, German, Dutch and English folks crowd the island to enjoy its nightclubs and bars. The most famous meeting of all is certainly Cafè del Mar, which also inspired Sandy Marton for the title of a song that is in the album People from Ibiza, where young people are going to wait for the sunset between a cocktail and another while the atmosphere warms up with a bit of chillout music. As soon as the sun disappears into the crystal clear waters, a bloody applause gives it a goodbye to the next day.

Santa Eularia des Rius is the only river in the Balearic Islands, which has always been a great resource for the town because it was watering the large portions of land on the island. The continuous flow of water in the town of Santa Eularia allowed the smooth operation of the mills grouped at the feet of Puig de Missa and favored good flour production, which also supported the people of Eivissa until the 18th century, which used it to obtain large amount of bread in a rather difficult time for the country. The area of the mills was for a long time the economic heart of the island, but it also became prey to aggression and robbery: as soon as the peasants heard the horn alarm, they huddled in the church on the hill to escape the enemy attacks. When the raids ended at the end of the second half of the seventeenth century, the mills’ area recovered its splendor and became the meeting place for reading official edicts and speeches, but also for those in love with their first love games. 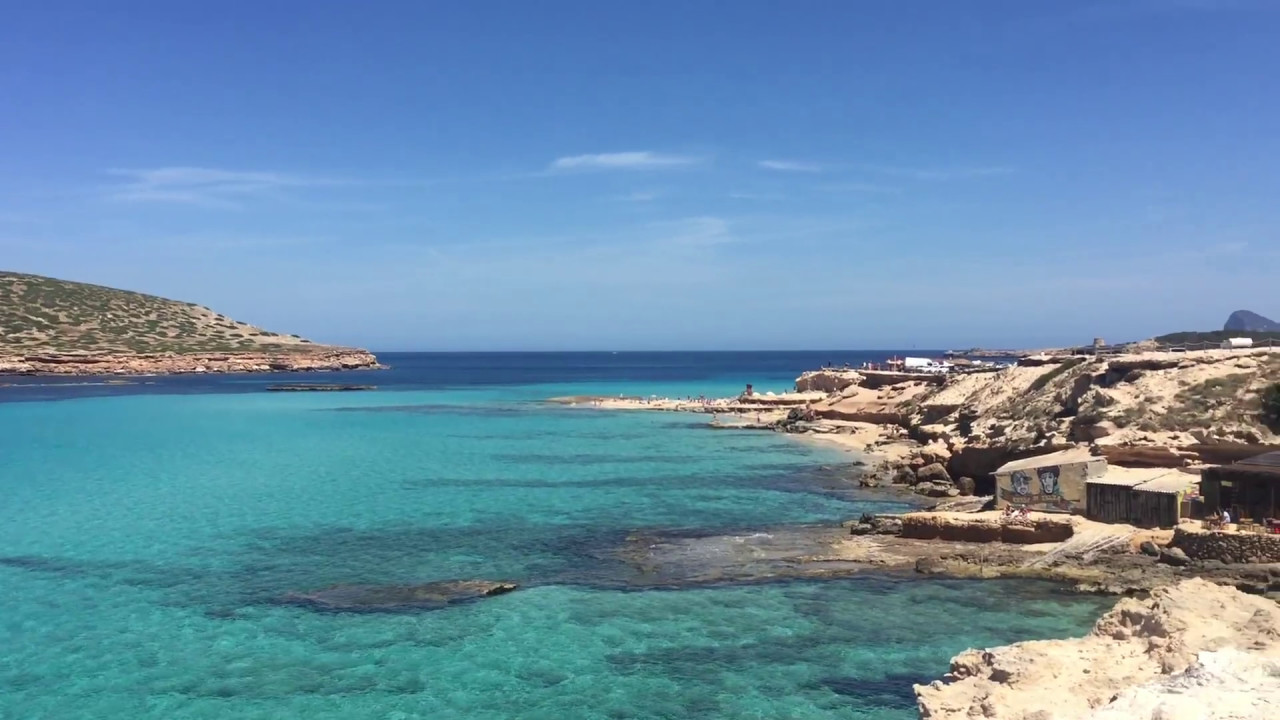 The town of Sant Josep of Sa Talaia is located south of Ibiza and is full of coves and beaches for all tastes: small and intimate hidden caves caressed by a crystal clear sea like Cala Bassa, Cala Comte, and Cala Vedella, but also huge stretches of sand surrounded by lush vegetation and rich pine forests. If you have always wanted to go to the beach in complete freedom, San Josep is the place for you: many coves are completely dedicated to nudists. Even the interior of this delightful village will not disappoint you, with a country full of figs, pines and carob trees framing the characteristic white houses of the island. Do not miss the Phoenician village of Sa Caleta and the Punic-Roman settlement of Ses Païses of Cala d’Hort. The churches of Sant Josep are a great attraction of the country for their very original and particular style, we recommend those of Sant Francesc de s’Estany, Sant Jordi of ses Salines, Sant Agustí des Vedrà, Sa Rivista and Sant Josep de Sa Talaia. If you do not mind thinking of staying 25 meters below ground, visit the Cova Santa Cave where stalactites and stalagmites that have formed the effect of water over the course of thousands of years will surprise you.

The village of Sant Joan de Labritja, in the northern part of Ibiza, has a natural area, made of beaches and cliffs, which is very well cared for and precisely for this particularly loved by tourists. The main tourist destinations of San Joan are Port of Sant Miquel, Cala di Portinatx and Cala de Sant Vicent. If you are romantic and want to enjoy a bit of relaxing away from the noisy crowd, you must visit the coves of Xarraca, Benirrás, den Serra, S’Illot and Moltons. Not just sea at Sant Joan, because in the town there are many singular churches built according to the canons of the typical architecture of the island. Walking around the adorable streets of the country you will see the roof of some white houses surrounded by yellow fields and green mountains, you will appreciate the crystal clear water, and you will not want anything other than resting your feet on those beautiful golden beaches. Those who love adventures will not be disappointed: the town of Sant Joan is the paradise for trekking and hiking.