To understand more about the Qeswachaka Bridge, one needs to understand the history first.

The bridge crosses the Apurimac River in Canas Province, Peru.

The Great Inka Road was constructed to connect different terrains, including the Andes Mountains.

This suspension bridge is around 25,000 miles long, built to solve the problem and allow soldiers, messengers, and officials to cross and further expand their civilization safely.

The bridge played an essential role in the social history of the region and connecting isolated people.

When the Inka Empire collapsed, the bridge survived for centuries and served as a vital link in the Andean road system until the 20th century.

In short words, the Qeswachaka Inca Bridge is the only remaining example of the Incan hand woven bridge or road system.

People from different countries and communities appreciate the beauty of this bridge. Unlike any other modern steel suspension bridge, this hand woven bridge was constructed using grass, thin ropes, which are again braided by the men in the most extensive support cable.

Over the last five hundred years, the bridge has experienced decaying, rebuilding, and destroying – but never fails to leave the Incan engineering testament. Earlier, this bridge was socially obligated under the Inca rule, but now it is preserved as an auspicious or historical piece in honour of Quehue, Peru.

For celebrating the bridge, the local communities of Quechua gather on Apurimac River’s bank every June to do a little renovation.

The people shower their honor to Pachamama, the Earth Mother, and behold archaic traditions. After completing their work, they express their thankfulness to Apus (mountain gods and spirit) and celebrate their happiness for four – days with music, eating traditional foods and drinks. 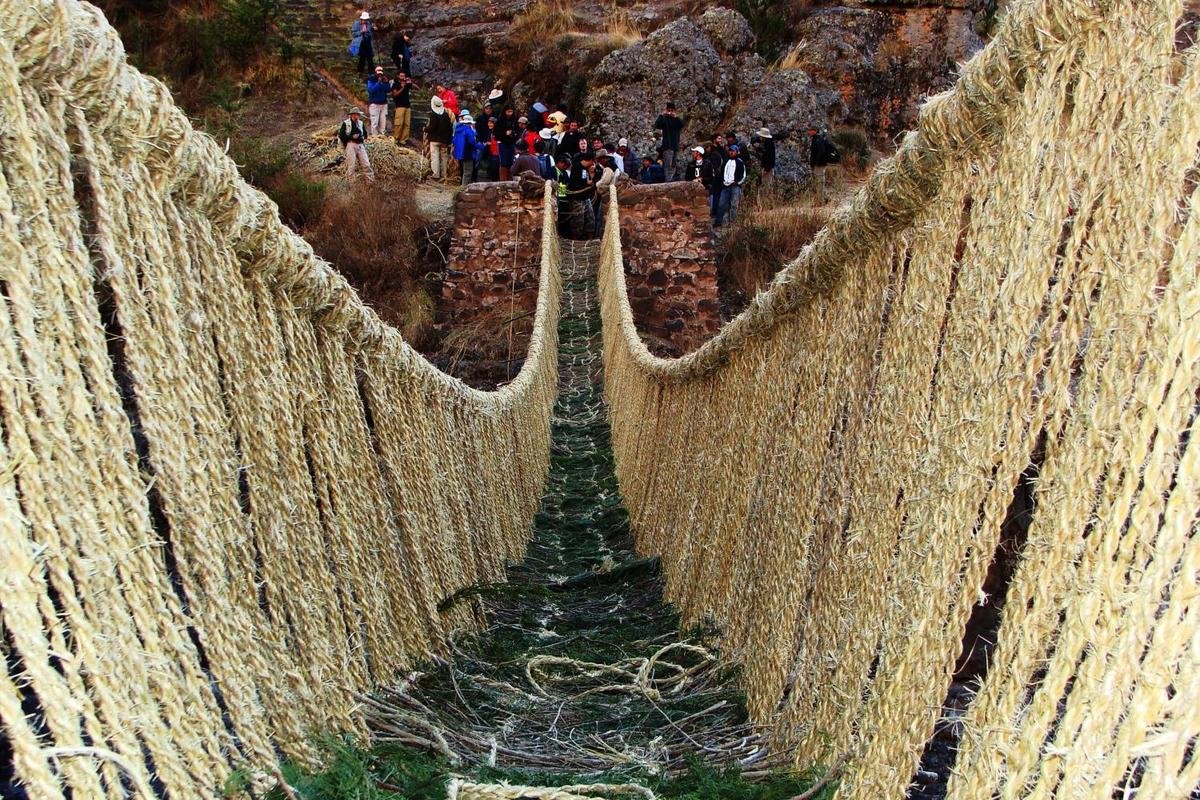 Dare to Cross the Inca Bridge?

Don’t feel hesitant to travel Cusco (Canas Province) or to explore the hidden gem of the Andes: A perfect destination for those who love adrenaline pump and adventure. Would you try to cross the bridge?

For experiencing the true essence of the indigenous culture and communities, one can also visit the Canas Province. It is one of the thirteen provinces in the Cusco Region, which consists of the highest mountain like Anka Suka, Links, Kuntur Sallama, Tuqtu, Yawri Kunka, and a lot more.

If you are amongst those who love to admire the traditional culture of ethnic groups and desire to learn about medieval history, then this is a one place stop for all.

What More About the Last Inca Rope Bridge?

The bridge of Qeswachaka is located a hundred kilometers south of the city of Cusco. In between, you can also enjoy several other unique attractions located in this part of Cusco.

The city closer to Cusco displays an established southern tourist route. This includes sites in the South Valley including Andahuaylillas (home of Andean Sistine chapel), the Inca ruins of Tipon, and the Wari city Pikillaqta.

If you plan a two-way trip that gives you an experience of both the Inca past and the contemporary lifestyle people of this region, then book your tickets now.

Trust us; the Inca rope bridge looks unique and beautiful in comparison to the written history.

Pakistan is a beautiful country with some of the best hiking in the world. Imposing mountains, lush valleys, spectacular rivers and lakes ... There...
Read more
blog

6 things to do and see in New York during Christmas

Huge, exaggerated, unique. All people who have been to New York for the first time usually describe it as a place that amazes you,...
Read more