Are you leaving or returning from holidays? Perhaps a delay in your flight will not be so dramatic. Discover with us the most spectacular and beautiful airports in the world.

The Singapore Airport, 13th airport by number of passengers every year, has been defined as one of the best and most beautiful airports in the world, designed mainly for the Airbus 380. A small jewel, new, futuristic, technological, modern, functional, efficient , with all the comforts and options that an airport must have, you could also spend a weekend there. Great if you have to stop for a long time or simply for a few hours stopovers. Changi Airport is the main hub in all of South East Asia, where more than 100 major global companies travel there and most of the Asian Low Cost airlines, including Air Asia. It is possible to reach more than 80 countries with 300 destinations, from the Americas, to Africa, from Europe to Oceania, being also the main stopover on the route to Australia. Singapore airport offers many solutions, cheap and fast to get to the city center which is 20 km away.

Located 20 miles west of Central London, London Heathrow Airport is one of the busiest and most advanced airports in the world. With 190,000 passengers arriving and departing every day, Heathrow handles more international passengers than any other airport in the world. Heathrow airport arrivals are located on the ground floor of Terminals 1, 3, 4 and 5, and on the first floor of Terminal 2. After leaving the aircraft, you will go through passport control, baggage claim and customs. In the arrivals area, you will find shops, restaurants, money exchange, car rental and hotel desks. The Piccadilly line connects Heathrow Airport to Central London and the rest of the tube network. The tube is cheaper than the Heathrow Express or Heathrow Connect, but takes a lot longer. Heathrow Airport dedicated staff can assist passengers with special needs. Heathrow Express trains have dedicated areas for wheelchair passengers and exit at Paddington Station is immediate. On the Metro, disabled travelers should be aware that a considerable number of stations do not have elevators. Nearly all London bus services are equipped for wheelchair users.

Munich Airport is the second busiest airport in the country and consists of Terminal 1, Terminal 2, Terminal 2 and the München Airport Center. The airport in Bavaria, also known as Franz Josef Strauss Airport, is an important base for Lufthansa and Eurowings. The following airports, listed in order of distance from the chosen airport, are a good alternative for flights to or from Munich Airport. You can also take a look at the complete list of airports in Germany. It is possible to travel to and from Munich Airport by public transport. If you decide to use public transport to and from Munich Airport you can travel by train. Visit the Munich airport transport page for the possibilities. At Munich Airport you can rent a car from car rental companies Avis, Budget, Europcar, Alamo, Enterprise, National, Sixt, Hertz, Dollar, Thrifty and local suppliers. It is more convenient to find and book a car well in advance. This way you can save time and money at the airport. 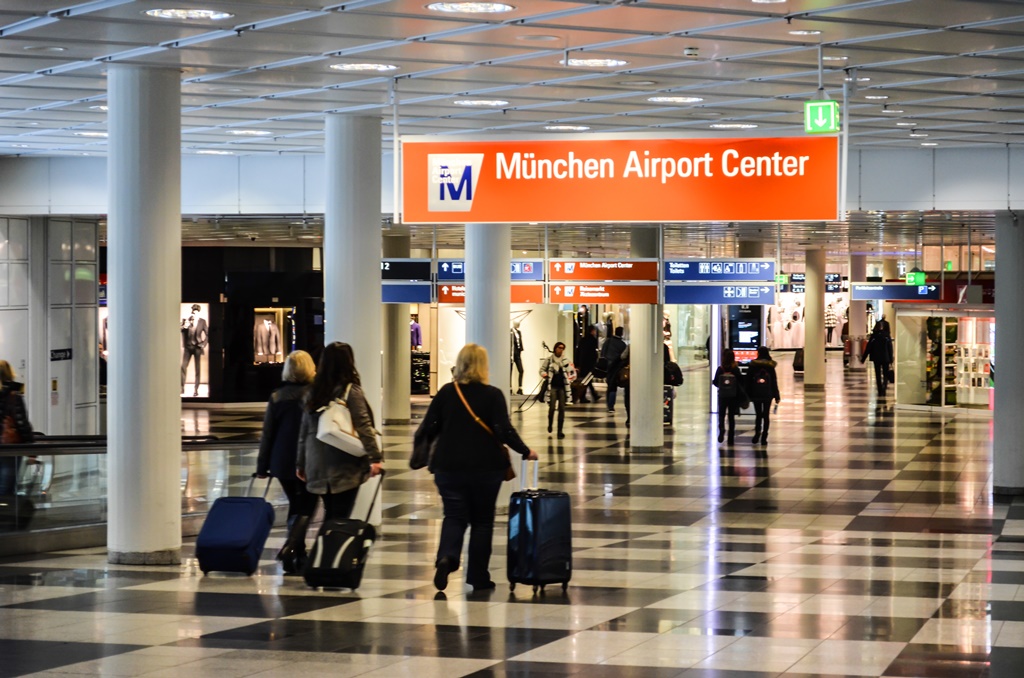 Hong Kong International Airport, which opened in 1998, is one of the most expensive works in history. Its construction began on the island of Chek Lap Kok, near Lantau, from which it was then expanding onto the sea thanks to the construction of an artificial island. Locals also refer to the airport as Chek Lap Kok. The Airport Express train is the fastest and most convenient way to get to central Hong Kong in just 24 minutes. It makes several stops, the most important of which are in Kowloon and Hong Kong. From these stations, the same company offers several free buses to hotels. Another point in favor of the Airport Express is that the route that passes through truly impressive places, giving a perfect first image of Hong Kong. If you prefer to save money, you can take one of the public buses that reach the main points of interest. You will find all lines on the airport website. The airport can be reached by the Airport Express, a rail link operated by the MTR, which is the fastest way to travel to / from Hong Kong: it takes only 24 minutes to reach the city center. Various ferry services operate from the airport’s SkyPier to various destinations throughout the Pearl River Delta.

Brisbane International Airport is one of the largest airports in Australia, after Sydney and Melbourne. It is located near Brisbane and was opened in 1928. It is a well known airport for its friendly staff. The two passenger terminals are 2 km away from each other and are therefore connected by air train, bus or taxi; one terminal handles international flights while the other handles domestic flights. Brisbane Airport is located 13km from Brisbane city, there are two passenger terminals here. How to get there from Brisbane Airport By bus between the airport terminals there is a surcharge Transfer bus to the city center from each of the Terminal buses depart on schedule, travel time 20 minutes per Train The train station is close to each terminal, and from there you can take the train to Brisbane and the Gold Coast Australia. Taxis are parked in each airport terminal, journey time to Brisbane 20 minutes. Intui offers fast and affordable travel by booking a Brisbane airport transfer. You can choose a suitable car for you, book a group or an individual transfer, to know the exact cost of the trip.