This island has all the right ingredients to live an unforgettable experience. Well yes … you won’t need to go to the other side of the planet to find some of the most beautiful beaches in the world.

Along the east coast of Sardinia north of Arbatax. More precisely in the Gulf of Orosei. This stretch of coast boasts some of the most spectacular beaches in Sardinia. Cala Goloritzé can be reached via two routes: one by land and the other by sea. By land it is possible to make a trekking route starting on foot from Su Porteddu. From here the paths that lead to Cala Luna originate and continue up to Cala Goloritzè. The seabed is of a surreal transparency, the turquoise waters flow from underwater karst springs, marble rocks shaped by time emerge from the sea: a natural arch and the famous spire of Monte Caroddi, in the shape of a pyramid. From the top of its 143 meters, it stands on an inevitable place on your visit to the island, often identified as its symbol. 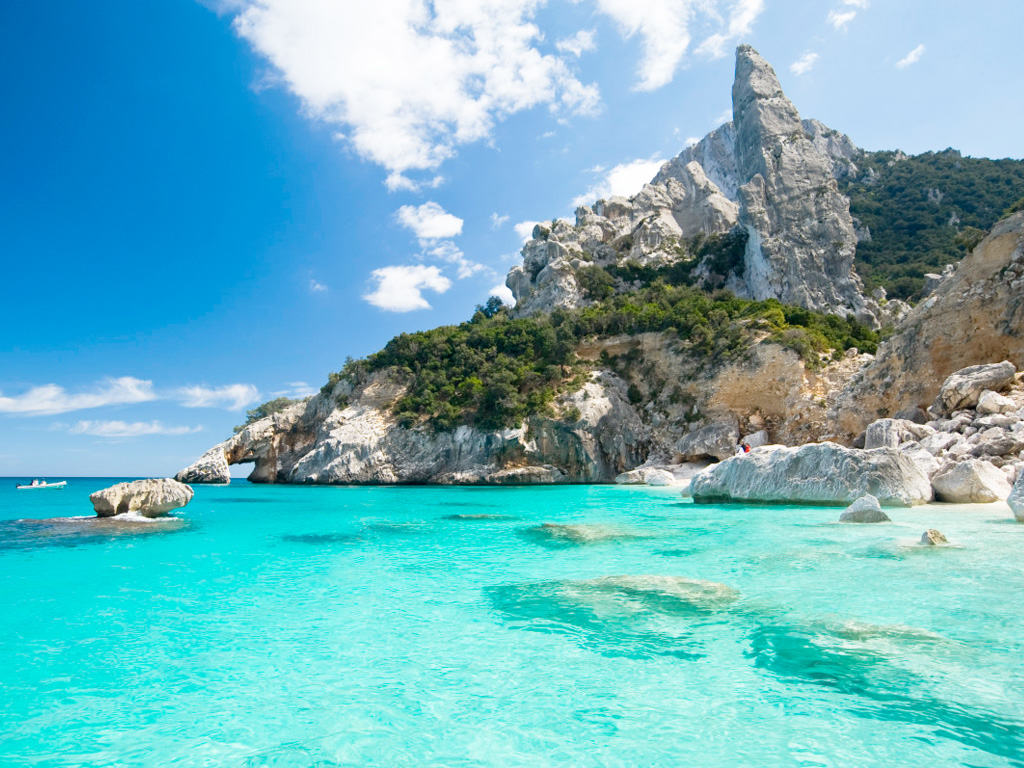 The beach is not far from Porto San Paolo, in Murta Maria in the south of Olbia. Its sand is very white and the emerald sea. The beach is connected to Olbia with a bus service. Porto Istana is actually a collection of four beaches separated from each other by small rocky bands. The beach is made up of fine, white sand that slopes gently towards the emerald colors of its waters, which is why it is particularly suitable for swimming especially for children. Around there are hotels, tourist villages, restaurants and bars. The bays, beaten by the wind, are a destination for those who practice sailing and windsurfing. The seabed rich in marine fauna and flora make it a place sought after by scuba diving and snorkeling enthusiasts.

The Principe beach is one of the most beautiful beaches on the Costa Smeralda. His name is linked to Prince Aga Khan who frequented this corner of the sea. Fine sand bordered by rocks and surrounded by Mediterranean scrub. The color and clarity of this sea are due to the particular mixed seabed of sand and granite. An Ishmaelite prince accidentally lands from the sea in the natural fjord of Porto Cervo and remains bewitched by it. It is the 1960s and it is love at first sight between Karim Aga Khan IV, Arab prince and Muslim imam, and a wild and beautiful stretch of Sardinia, a rough diamond wrapped in the scents of the Mediterranean scrub, which from the mountains slopes towards the sea framing lovely beaches. The beach of Porto Giunco ​​is located a short distance from the town of Villasimus about 45 km from Cagliari. The crystal clear sea is so clear and transparent that it resembles a typical Caribbean beach. It has a white and fine sand bottom. Its waters are of a pale blue and this has attracted numerous advertisers, who have made it an unparalleled backdrop for their commercials. In the area there is the pond of Notteri, where it is possible to admire several specimens of pink flamingos. The dimensions of the beach are such that you will always find ample space to lie down. The shallow and sandy seabed is ideal for families with children.

If you visit Tuerredda beach you are lucky enough to see one of the most beautiful beaches in the world! On the south coast of Sardinia, a few km from Chia and about 50 km from Cagliari. Something unique and rare beauty. Particular because it is formed by a very suggestive inlet overlooking a colorful sea in all shades of blue: from turquoise to deeper blue to emerald green, recalling the style of Caribbean beaches. Tuerredda beach is a wonder of nature, a ‘pearl’ that recalls Caribbean scenery, which has become an undisputed symbol of Sardinia, thanks to the intense blue of the water, the green of the shrubs and the delicate gold of the fine sand. It stretches for over half a kilometer within an inlet between Capo Malfatano and Capo Spartivento, in the territory of Teulada, in the southwestern end of the island. 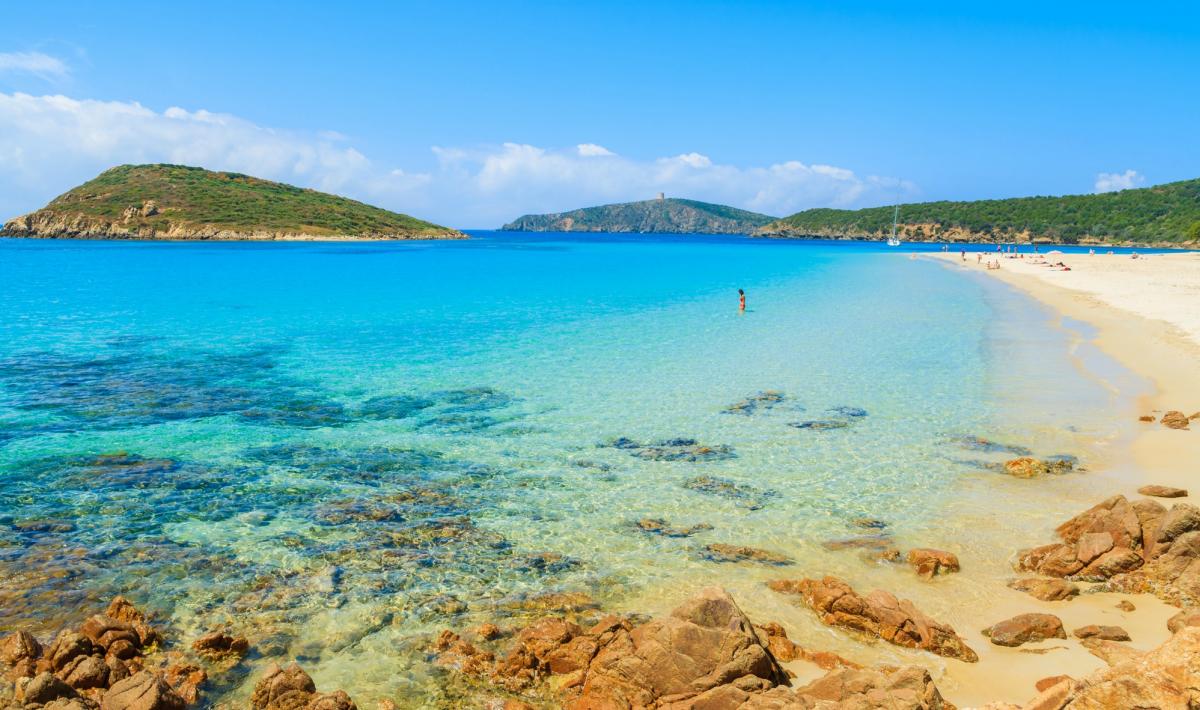 One of the most loved and popular beaches of South-East Sardinia in the municipality of Castiadas. The temperature of the water in the stretch of sea where the bottom is lower is quite mild, making it a real natural swimming pool. This is one of the perfect beaches for families with children who love to climb and dive in the shallow and transparent waters! The area is full of hotels, residences and bed & breakfasts. The s coglio of Peppino is poetic, a wide and flat rock that emerges from the sea, whose features resemble those of a large turtle. It is possible to reach it on foot, by a few strokes or by boat. Beyond the rock of Peppino, from the beach of Santa Giusta you can admire those of Costa Rei. Dive into the sea of C apo Ferrato and P iscina Rei and enjoy the beauty of a golden beach and a blue sea that blends into the sky.

What to give for Christmas? The usual wool sweater? A beauty box? The latest smartphone? What if instead under the tree - to be...
Read more
2021

The 5 best destinations for a vacation in 2021

The period we are living has forced us to change our lifestyles, habits and everything related to everyday life. If it is true, in...
Read more

angelica crudo - October 20, 2020 0
Are you leaving or returning from holidays? Perhaps a delay in your flight will not be so dramatic. Discover with us the most spectacular...