Paradise and very close to Italy the beaches of Croatia await you for a dip in the most spectacular Adriatic. The Croatian sea is among the most beautiful seas that you will ever see, and the Croatian beaches are no different. 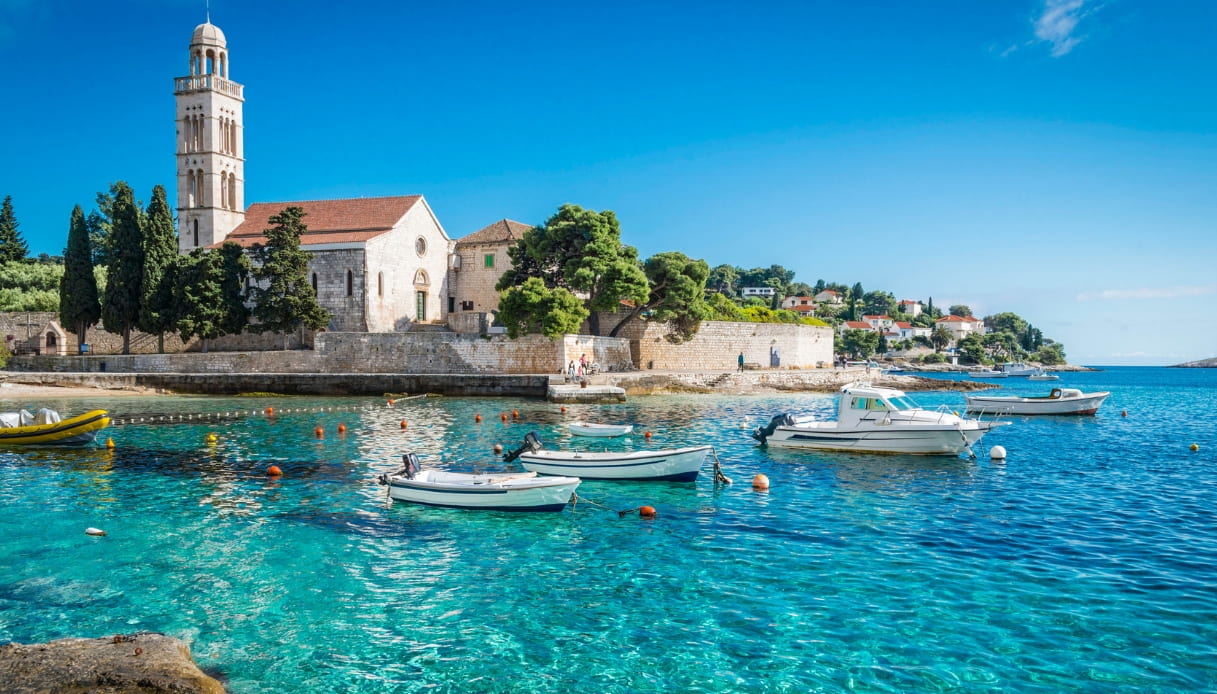 Hidden between two high and narrow cliffs, characterized by white pebbles and an emerald sea, Stiniva beach is one of the most wonderful corners of Croatia. This small golden bay that beautifies the southern part of Vis, a Croatian island off the coast of Split, is located a few steps from the village of Žužec and represents the perfect destination for a summer holiday in one of the most beautiful seas in the world. Vis beach is almost inaccessible, which is why there are no roads that reach it. The only way to get there is on foot with a small nature trail or by sea with local boats that leave from Rukavac bay.

With about 90 minutes by hydrofoil from Zadar, you will arrive in Bozava, on the Croatian island of Dugi Otok, the largest of the Zadar archipelago, leading to the beautiful Kornati National Park. A little inhabited and uncrowded Croatian island even in summer, where you can spend Croatian holidays in total relaxation, especially lying in the sun on the Sakarun beach, a sapphire set in its northern part. Behind the beach a fresh pine forest that shelters from the hot summer days and colors the already vivid landscape with green. Sakarun beach is easy to reach. Once in the port of Bozava follow the signs for a white road of about 1 kilometer that reaches the pine forest near the beach. 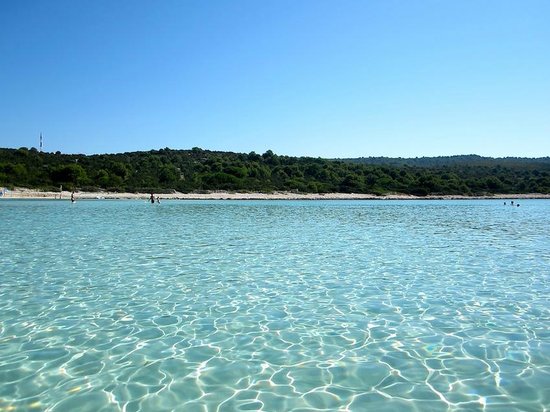 A few kilometers from Istria there is the verdant island of Cres, well connected to the Croatian coast by fast ferries that operate several times a day. The beach, a hidden pearl that illuminates the coast with its crescent of white sand and a crystalline sea with emerald shades, is called Sveti Ivan and it seems as if drawn by the hand of an artist. Visit it quietly in summer and don’t worry about the crowd: it is usually not very popular due to its impervious position! Sveti Ivan beach is not easy to access and can only be reached on foot from the town of Lubenice or by boat.

What is said to be the island of Ogigia, where Ulysses was taken prisoner by the nymph Calypso, is one of the wildest Croatian islands, far from summer assaults, little known but full of treasures to discover. Like Saplunara beach, which stretches 1 km south-east, making it the largest sandy bay in Croatia. In addition to the crystal clear sea, perfect for diving, the beach is surrounded by a pine forest with Mediterranean colors and scents and is perfect for all those looking for a break from the frenzy. To reach Mljet, board a ferry from Prapratno on the Peljesac peninsula and get off at Sobra.

The sea in Croatia, among the most beautiful and loved by the locals themselves, is that of Brela, a charming and sophisticated town on the Makarska Riviera in Dalmatia, a postcard to visit and photograph. A Robinson Crusoe cove, with white gravel and lapped by emerald waters, is that of Podrače. The small cove of Podrače is easily accessible by car, on foot or by sea. The easiest way to get to Brela is by ferry from Split.

The beach is called Beritnica, it boasts a rocky landscape all around, a golden pebble shoreline and a crystal clear sea like few others. The beach is located in Metajna, in the north-west of the island, and is a trekkers’ paradise, with the famous Stogaj climbing dominating it. Beritnica beach can only be reached with a hard half-hour walk on the mountain. 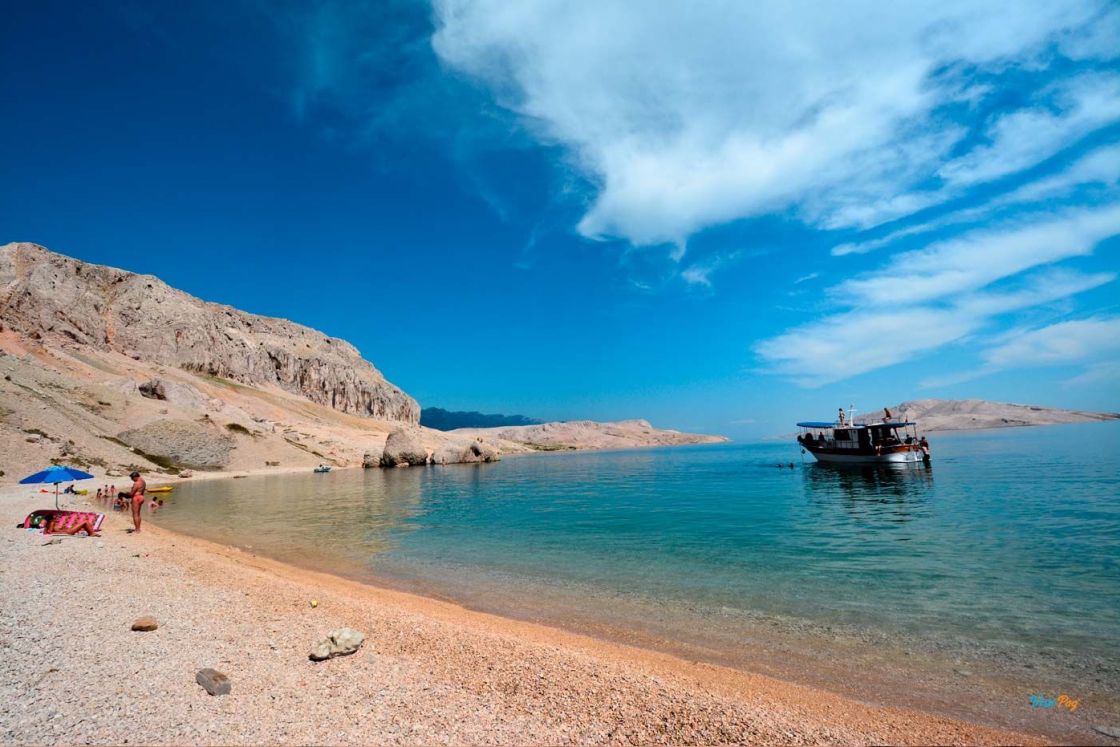 The Seychelles in addition to food also have many beaches and are also beautiful. To make your holiday special and pleasant we have chosen...
Read more
Family Travel

Creole cuisine reflects the great diversity of breeds that form the Seychelles population. Thus there are the subtleties and nuances of French cuisine, the...
Read more
Beach Hopping

This island has all the right ingredients to live an unforgettable experience. Well yes ... you won't need to go to the other side...
Read more
Beach Hopping

The 6 most beautiful beaches in Turks & Caicos

Turks & Caicos has a lot of beautiful beaches, to make your choice easier today we have decided to select for you the 6...
Read more

A visit to India-The land of wilderness travel

hauteretreats - June 22, 2013 0
Travel to India, can be the most enriching experience in one's life. It not only acquaints you with one of the first-born...

Guide to the top 5 best villas in St James Barbados

angelica crudo - August 3, 2020 0
The Seychelles in addition to food also have many beaches and are also beautiful. To make your holiday special and pleasant we have chosen...

angelica crudo - August 2, 2020 0
Creole cuisine reflects the great diversity of breeds that form the Seychelles population. Thus there are the subtleties and nuances of French cuisine, the...