6 things to do when on holiday in Morocco

Morocco occupies the northwestern section of the continent and faces both the Atlantic and the Mediterranean; the Moroccan landscape is very varied. Organizing a holiday in Morocco can be difficult. Where to start? As there are so many things to see and do, deciding exactly how to spend your time will not be easy but essential to ensure that your holiday does not disappoint your expectations. Most tourists start their journey by discovering the city they arrive in and that can only be a good idea.

The tajine is a stew based on meat, vegetables or fish prepared in the famous cone-shaped terracotta pot from which its name derives. It is widespread throughout North Africa – and in particular in Morocco – and there are numerous variations depending on the tastes and areas in which you are located such as the chicken and lemon tagine, the tagine with meatballs in tomato sauce, the lamb tagine with plums, the Berber tagine based on vegetables and finally the fish and vegetable tagine, just like what Domenico and I learned to cook. What makes this dish special, so much so that it is considered the prince of the Moroccan table, are undoubtedly the very fresh ingredients – usually bought in the morning at the market to prepare the tagine in the day – but also and above all the slow cooking method directly on the fire of the stove. 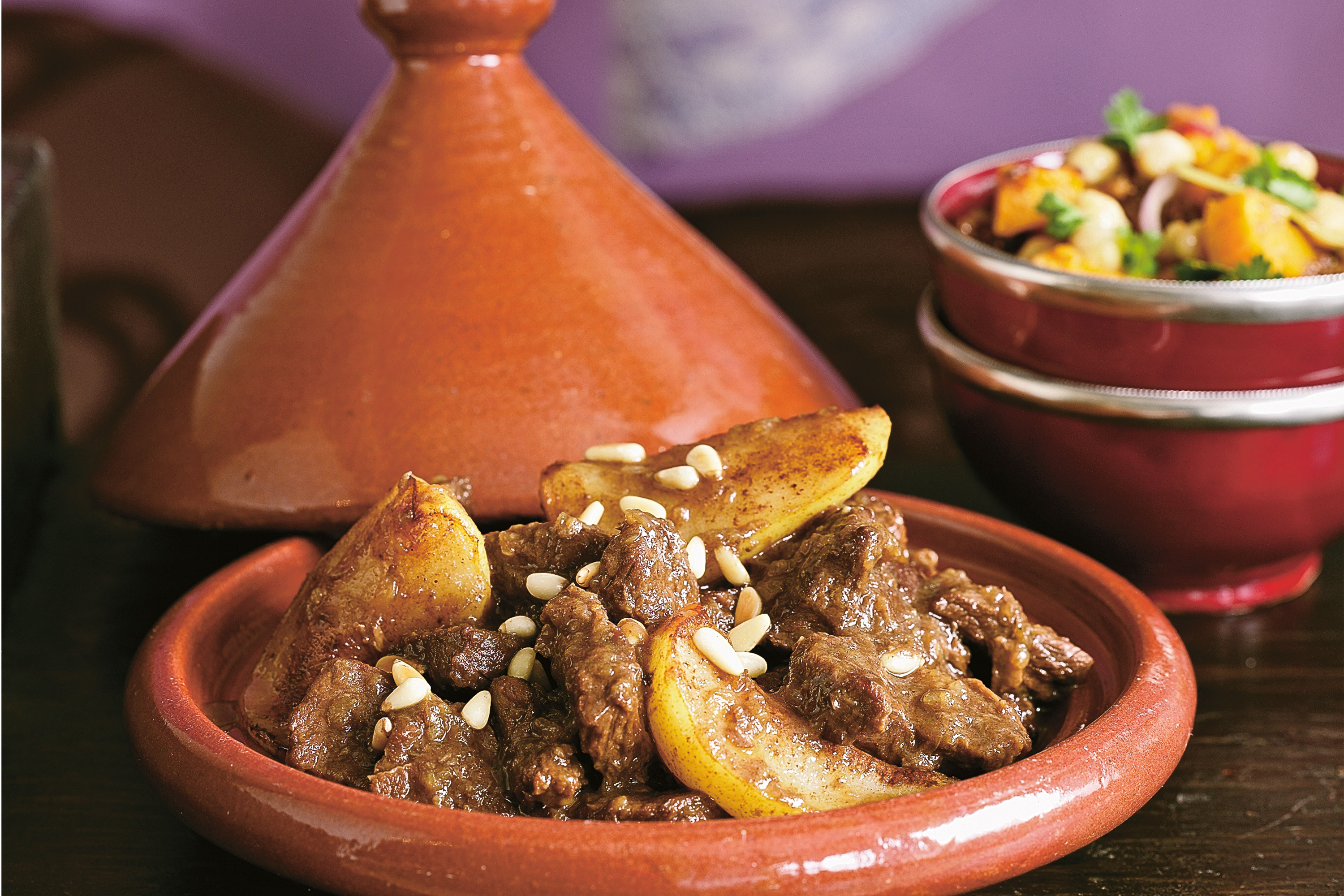 2-Spend a night in the desert

Erg Chebbi is the smallest desert in Morocco, it is only 25 km long and is also the closest to a town, Merzouga. This village can be reached via a completely asphalted road, and from here the first dune is only a few meters away. To make you understand, the inhabitants of Merzouga have one foot on the asphalt and the other on the sand. For your trip to the desert, I recommend that you wear long trousers to avoid direct contact with the fur of the dromedary and / or with the blanket that covers the animal’s hump. T-shirt or shirt. The important thing is that it is all cotton. You can not wear shoes but if you really do not want to do without them, wear a pair with laces or that in any case can be closed to avoid losing them during the march.

The Hassan Tower – also called Tour Hassan – is the minaret of a mosque in Rabat which has remained incomplete. The tower, added to the provisional list of UNESCO World Heritage Sites on 1 July 1995, became part of the official UNESCO heritage in 2012 and stands on the same square where the Mohammed V Mausoleum is located, a 1500 square meter structure built during the 1960s in an Arab-Andalusian architectural style to which elements of traditional Moroccan art are added. You will find yourself in an absolutely unreal atmosphere, silent and surrounded by countless columns. 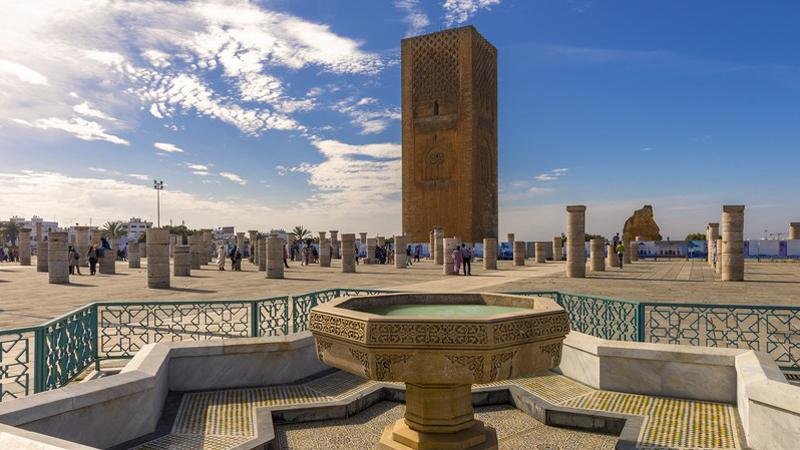 The first thing to watch out for when riding a dromedary / camel is the moment it gets up! Unlike a horse, when you mount the dromedary it will be “crouched” on the ground. From the moment you are in the saddle and he will have to stand up, the dear little beast will lift his butt and then his head quite abruptly, leaning you completely forward and making you risk a beautiful facade in the Sahara sand. Once on the back, like on a horse, relax! The body of this animal is the key to adapting to a hostile habitat such as the desert. Her knees and ankles have calluses to resist the burning of hot sand. The long lashes prevent the eyes from filling with sand and the belly is raised, so as not to come into contact with the sand, while standing.

5-Relax in a Hammam

The word hammam in Arabic means bath and precisely refers to this term to designate some typical Arab baths that are normally found near mosques, which can be read in the sun and enjoy a moment of true relaxation. These traditional bathrooms are divided into two rooms where men and women enjoy their privacy by being separated. They are more intimate places, with a warm and welcoming atmosphere of cleanliness and personal entertainment. When you enter the hammam you enter another world, the humid heat and steam invites you to relax and release all tension. Precisely what steam does is that the pores are open for easy cleaning. After the hygiene ritual you can feel your skin smoother and cleaner than ever, you will never think that after taking a shower you will be clean if compared to this cleansing feeling. 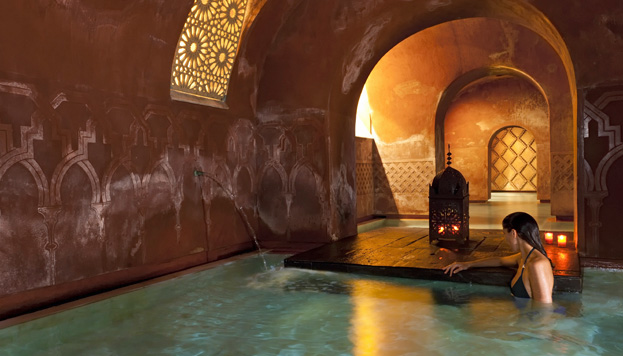 6-Sleeping in a Riad

If you are planning a trip to Morocco, one of the best ways to immerse yourself in the local culture is certainly to sleep in a Riad. This term literally means “gardens” in Arabic and indicates a particular type of traditional house that is located within the Medina of many Moroccan cities. The Riad is built around an internal courtyard, where generally there is a fountain and some plants.The walls are richly decorated with majolica and mosaic decorations, which makes the rooms real jewels. The rooms are often furnished with colorful fabrics and traditional objects. All riads have no windows to the outside, but only overlooking the courtyard: this is to preserve the intimacy of the family and the women who lived inside. Even today, entering a Riad gives a sense of peace and secrecy.

Its skyline dominated by soaring skyscrapers resembles that of NY, but it does not have the Statue of Liberty. It has the Merlion, a...
Read more
2021

4 things to see in Paris

What else is there to say about Paris that hasn't already been said? There are those who consider it splendid and others a city...
Read more
2021

What to do in Rome

For better or worse, we all know the history of Rome, or at least we have heard about it several times. Finally, the director...
Read more
2021

What to do in Switzerland

Everyone knows the majestic mountains, the chocolate, the Swiss watches or the quality of life that characterizes the cities present throughout the Swiss territory,...
Read more

Enrico C - February 28, 2019 0
La Cambusa Restaurant It's the best restaurant with sea view of Positano, you eat fresh fish, as if it were freshly caught, and the dishes...

3 Things you should consider when choosing a luxury villa rental

3 things to do in Punta Cana

4 things to see in Paris