The 4 Most Beautiful Safaris In Africa

You cannot resist the call of the savannah, the wilderness, the fiery sunsets and starry skies that we have forgotten in Europe: this is why safari in Africa is a dream for many. The fascination of seeing wild animals up close is what leads tourists to go on safaris and visit the most beautiful natural parks in South Africa, Tanzania, Botswana, Namibia, Kenya. In addition to admiring the savannah, here you can observe the behavior of lions, elephants, crocodiles, giraffes and other wild animals.

Located along Route 62, not far from Cape Town, is the Sanbona Wildlife Reserve, a 54,000-hectare private reserve in the Little Karoo, with luxury tented camps for the whole family. The reserve is embraced by towering mountains and is populated by many animals, including elephants, hippos, rhinos and several species of antelope.The unique native flora and fauna, rock formations and rock art make it the destination of the Natural Reserve of Sanbona a unique travel experience. This malaria-free nature reserve is home to an impressive selection of wildlife and succulents including the “Big Five” and rare free-roaming white lions. Play areas and swimming pools are available for children, but you can bet that the main attractions, for adults and children, will be the animals within walking distance of the resort. Offering an authentic safari experience in a malaria-free area, Sanbona features the choice of four different lodges and camps, individually managed to offer a variety of wilderness experiences. These range from romantic getaways for couples and a family lodge with specialized activities for children, to a custom walking safari camping option for the more adventurous. 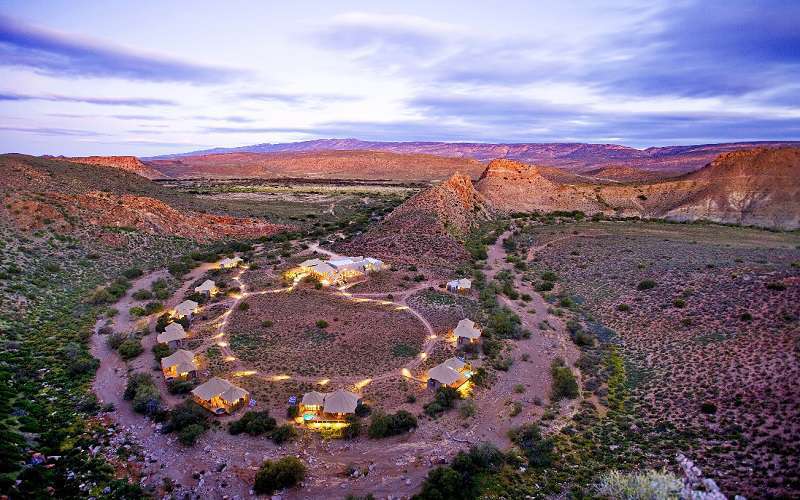 According to Travel + Leisure magazine it is among the most beautiful safari lodges of 2017: the Twasulu Kalahari, is located within a private reserve that includes over 110 thousand hectares of mountains and grasslands, which cannot be accessed by more than thirty guests at a time. do not harm the natural environment. In the heart of the Northern Cape Province, 560 kilometers from Johannesburg and 850 from Cape Town, Tswalu Kalahari offers one of the most beautiful safari experiences in Africa. The most spectacular solution? The Motse, which will reopen on 16 June 2019 and which is a splendid fusion of luxury, privacy and exclusivity. At the foot of the Korannaberg mountains, surrounded by prairies, it is a kind of village made up of nine houses and designed for families. To learn to feel part of the planet Earth from an early age. In the reserve the risk of malaria is absent, while visitors are accommodated in two different resorts, The Motse and Tarkuni, both luxury and equipped with the necessary services to accommodate the whole family.

Located in one of the malaria-free private reserves in South Africa’s Eastern Cape, the Shamwari Game Reserve offers its guests six lodges with refined furnishings, a short distance from the Garden Route, the most spectacular scenic route in South Africa. Shamwari malaria free private reserve located in the Eastern Cape province about one hour from Port Elizabeth. is one of the most successful examples of successful repopulation and conservation as part of an ecotourism project. The reserve, which has received numerous international awards thanks to the professionalism of its rangers, is spread over about 20,000 hectares along the banks of the Bushmans River and hosts a considerable concentration of fauna including all the Big 5 with excellent sighting opportunities. Shamwari offers visitors 7 different lodges each with their own style: Bayethe, Eagles Cragg, Villa Lobengula, Long Lee Manor, Riverdene and Sarili. Award-winning for its commitment to protecting the natural landscape and its fauna, the reserve is home to five different ecosystems and all the Big 5. 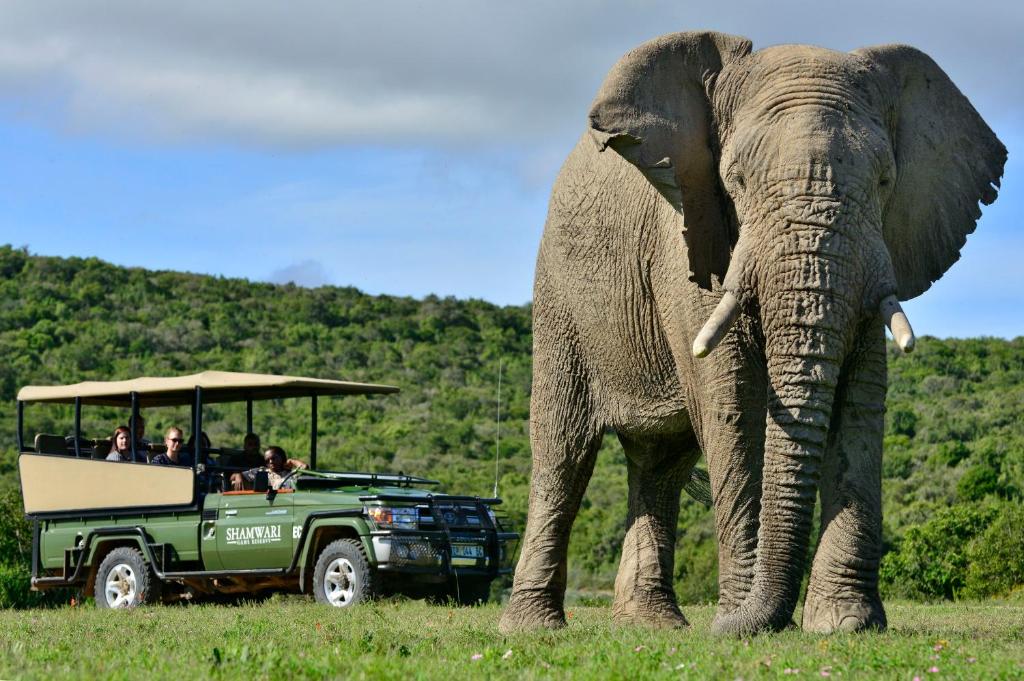 Located between Chobe National Park and Matetsi Reserve, Elephant Valley Lodge in Botswana comprises 20 luxury accommodations decorated in the style of the Meru ethnic group, accommodating up to 40 people. Elephant Valley Lodge is surrounded by peaceful wilderness of the African savannah. It is located in a unique position overlooking the Lesoma Valley in the Chobe district, which is home to the largest population of African elephants in the world. Animals and birds roam freely in the valley between the game-rich protected areas of nearby Chobe Game Reserve and Zimbabwe’s national parks. From the comfort and tranquility of the Lodge it is possible to observe creatures large and small, popping up for a refreshing drink at the Lodge’s waterhole. Outside the camp perimeter, the elephants roam undisturbed: for an even more emotional encounter with the giants of the savannah, the lodge staff is available to organize boat rides on the Chobe River, where it is not uncommon to surprise them while they drink.